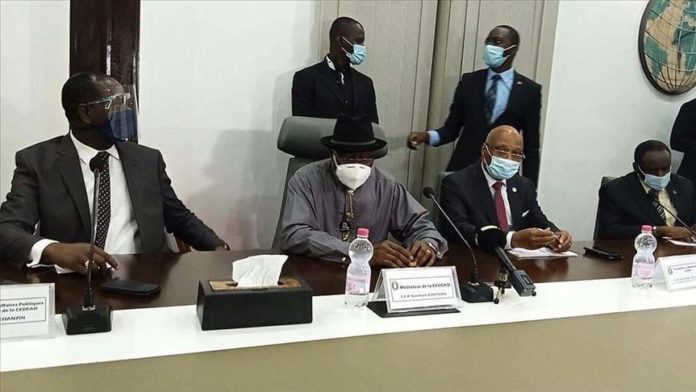 The announcement was made late Sunday during a meeting between the National Committee for the Salvation of the People (CNSP) and Economic Community of African States of the West led by former Nigerian president Goodluck Jonathan.

The CNSP, which forced Keita to resign and dissolved the government and National Assembly, agreed that the ousted president will return to his home or go abroad for medical treatment in a country of his choice.

The junta has also proposed a three-year military-led transitional period before elections are held for civilian rule.

“We have reached a number of agreements but have not reached consensus on all the issues,” Jonathan told reporters Sunday.

“Discussions continue. We had compromise points on certain aspects and negotiations will continue,” Colonel-Major Ismael Wague, spokesman for the CNSP said.

Keita stepped down after he and Prime Minister Boubou Cisse were taken to a military camp last week.

Mali had been rocked by protests for several months as demonstrators called for the resignation of the president.

The UN has called for the “constitutional and democratic order” to be restored as soon as possible in the Western African country. It also urged for the release of Keita and other detainees, and “to protect their physical integrity as well as members of their families.”

In a press release last week, Mali’s opposition movement Rally of Patriotic Forces platform, also known as the M5-RPF, said the army intervention had completed the struggle of the Malian people.