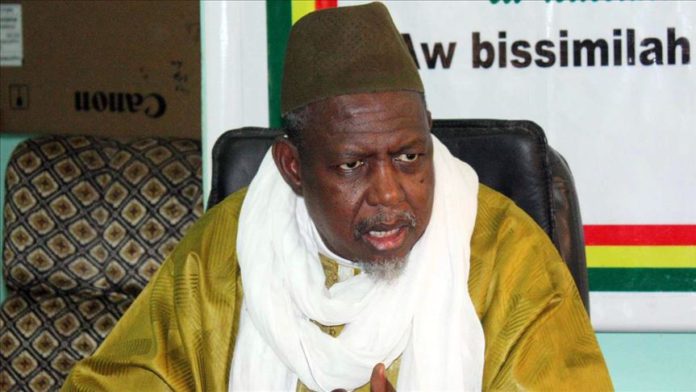 The emergence of Muslim leader Mahmoud Dicko as a central political figure in the West African country of Mali has triggered a fierce debate.

Last month after weeks of public protests President Ibrahim Boubacar Keita was unseated from power in a military coup. Since then Keita resigned while also dissolving the government and parliament.

While traditionalists fear that political reins going into the hands of religious leaders will head the country to friction, others feel that in a democratic country, everyone has the right to participate.

A central player who has been challenging the government over the past many years on the issues of corruption and economic woes, Imam Dicko, originally a teacher of Arabic who studied in Saudi Arabia, last year demonstrated his might by forcing the departure of Mali’s prime minister.

“I think they (religious leaders) are at the root of African society’s current degradation. They are destroying our traditions and cultures. Now they are also meddling in politics. If they are truly religious, their action should be limited to spirituality in mosques or churches,” he told Anadolu Agency.

He claimed that religious leaders were in touch with the black African jihadists who have been bleeding Africa for several years.

“They are also sowing chaos in the north, center, and south of the country and are being manipulated by imperialist forces. Their influence is fueled by people’s ignorance and despair,” added Doumbia.

He attributed the rise of Imam Dicko to a political vacuum in the landlocked West African country.

“As long as there is no real political leader, people are like orphans and no longer know what to hold on to. So, in desperation and total ignorance, people cling to their speeches,” he said.

Imam’s supporters, however, said that as a citizen of Mali, he has the right to fight against poor governance and corruption.

“Mali is a country with about 95% Muslim population. Being religious does not prevent people from expressing themselves on the realities,” said Toure Ibrahim.

While both Doumbia and Ibrahim agree that the governance system has failed, they, however, differ on the future course. Ibrahim said the religious leaders were a concrete alternative and they demonstrated capabilities.

He said that Muslims, Christians, and even atheists have backed Imam Dicko, who has raises issues of the country in his speeches.

“He is the only one today who raises his voice and people find themselves in him,” said Ibrahim.

Issa Kaou Ndjim, leader of the Coordination of Movements, Associations, and Sympathizers of the Imam (CMAS) said Dicko’s fight is not to occupy a political position but fight for the improvement in governance.

“His address to the Malian people simply proves his commitment to defend and fight for noble causes,” he said.