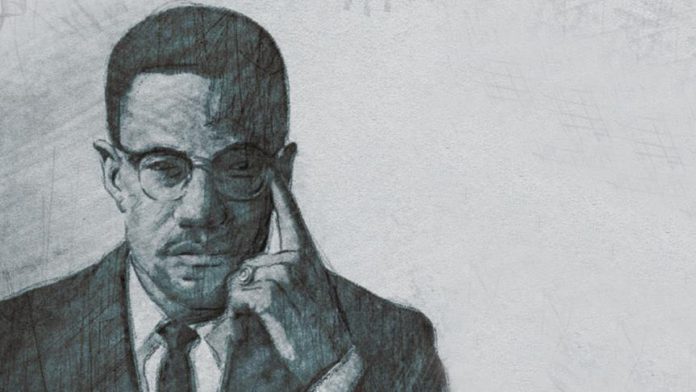 Malcolm X spoke to the Black community in the US during the 1960s civil rights movement in a way that connected them with their fellow African Americans who had long suffered injustices.

“We’re all in the same boat and we all are going to catch the same hell from the same man. He just happens to be a white man,” he said in a speech on April 3, 1964.

Malik el-Shabazz, who adopted the name Malcolm X to symbolize his unknown African ancestral surname, preached Black empowerment at a time in American history when society was dominated by whites.

“Malcolm X is important to recognize and think about in relationship to the civil rights movement because he offered one of the sharpest social critiques of the United States available during that period,” said Prof. Anthony Pinn, director of the Center for African and African American Studies at Rice University.

Pinn told Anadolu Agency that Malcolm X raised important questions about the inequities faced by Blacks during that time.

He said Malcolm X is still important to the civil rights movement today, as we celebrate Black History Month in February.

“He highlighted the ways in which white privilege and power function, and the challenge entailed in trying to change power dynamics,” said Pinn. “He also raised important questions concerning law and order, as well as the nature of violence in US public life.”

Malcolm X rose to fame in the 1950s with his meteoric ascent to power as a member of the Nation of Islam. He increasingly took center stage over the group’s leader, Elijah Muhammad.

“He gains the attention of the public and media because of his rhetorical abilities and sharp insights,” said Pinn, “Yet, he is frustrated with the Nation of Islam’s refusal to participate in the social justice activism.”

That disconnect drove Malcolm X to leave the Nation of Islam in 1964 to begin his own civil rights crusade, which led to anger and resentment from his former associates.

“His embrace of Black Power, his strong social critique and his charisma made him stand out,” said Pinn, “He was unapologetic about his critique of white racism and white privilege.”

Malcolm X’s flexed muscle approach significantly contrasted with the peaceful philosophy of civil rights leader Dr. Martin Luther King, Jr., with many in the public eye viewing him as a militant leader.

“He was opposed to King’s non-violent direct action that resulted in the abuse of Black people as a way to (point) out the moral-political failures of the USA,” Pinn said. “He believed this approach to justice simply allowed whites to maintain control and downplayed Black dignity.”

“It’s important to remember that Malcolm X spoke in terms of self-defense but never initiated physical confrontation,” Pinn emphasized, “He argued if whites are violent against Blacks – Blacks should defend themselves.”

And where Dr. King advocated “I have a dream that one day little black boys and girls will be holding hands with little white boys and girls,” Malcolm X was the polar opposite.

“Malcolm also wanted separation between Blacks and whites and was opposed to integration,” Pinn continued. “He asked, ‘Why should we integrate into a fundamentally problematic system?’ He believed integration wouldn’t be productive in that whites will not give up power…(and) living together wouldn’t end white supremacy.”

On Feb. 21, 1965, Malcolm X was assassinated as he began a speech at the Audubon Ballroom in New York City.

“I do believe there will be attempts on my life,” he said publicly before his assassination, in historical footage from the 2020 Netflix documentary series Who Killed Malcolm X?

“I probably am a dead man already,” he uttered with a smile.

“Malcolm knew he was gonna die by someone’s hands,” said Abdur-Rahman Muhammad, who has independently researched Malcolm X’s assassination for three decades and is the focus of the docu-series. “He was predicting it even.”

“By the time he left the Nation of Islam, Malcolm had a lot of enemies,” Muhammad continued, “And Malcolm was seen as a traitor because he had turned on his leader.”

Two of them were not even at the shooting scene that day.

The Manhattan District Attorney’s Office in New York reopened the case due to the Netflix series, and both wrongly convicted men were exonerated and had their sentences vacated in November 2021.

But to this day, many conspiracy theorists believe there was a plot to murder Malcolm X.

“Exactly who is responsible for his killing, despite the arrest made, is still an open question for many,” said Pinn.

“Some believe it was the Nation of Islam that at least created an environment in which some would see the killing of Malcolm X as a good thing. Others argue that the US government had long demonstrated a willingness to kill Blacks who were considered a threat, and so some believe the US government played a role.”

Fast-forwarding to the present, many of Malcolm X’s teachings and philosophies are the motivation behind today’s Black Lives Matter movement.

With the deaths of Black men in the US at the hands of police over the past several years – George Floyd, Daunte Wright, Eric Garner, Tamir Rice, Michael Brown – Malcolm X’s controversial legacy remains an imprint at the forefront of Black empowerment.

“His social critique has informed many justice movements,” said Pinn. “I think one sees something of his critique of power in the Movement for Black Lives,” a grassroots social justice movement distinguished by a decentralized, nonhierarchical mode of organization.

“In a context of white supremacy and white privilege, what push for transformation (and) liberation isn’t controversial?”