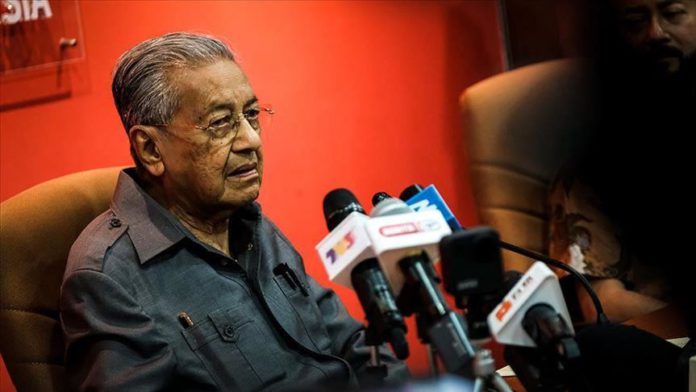 “Our party is set up because of awareness that corruption destroys the nation, destroys Malays,” announced Mahathir, the country’s former two-time premier. Revealing the name of his new party in his popular blog Wednesday, he later tweeted a poem about it.

“If you wish to get position and money, pick another party. If you wish to redeem your dignity, retain our rights, choose Pejuang [warrior],” he said.

Mahathir, 95, resigned from the prime minister’s post in February after political upheaval in his former Bersatu party.

He was succeeded by Muhyiddin Yassin, Mahathir’s one-time party and cabinet colleague.

Mahathir said Malaysians suffered from the “effects of corruption because their leaders valued money and power over the interest of their community”.

It was last week that the 95-year-old Malaysian politician announced to form a new party.

He first entered the country’s parliament in 1964 and led the country twice as a prime minister – the position he led for almost 25 years.

“We will fight the parties involved in bribery and stealing of money,” he had told a news conference last Friday.

Azerbaijani leader thanks Turkey for show of solidarity