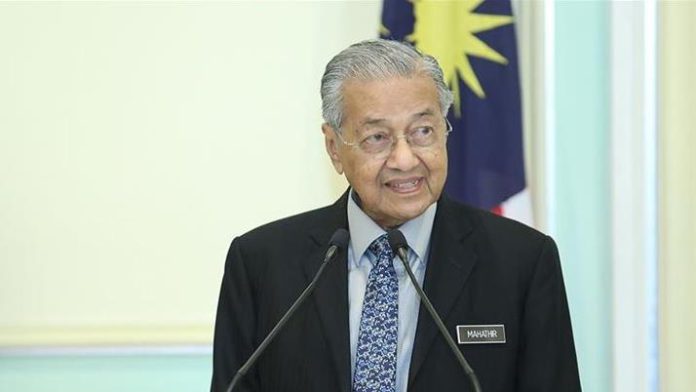 The health of Mahathir Mohamad is “improving,” his spokesperson said on Tuesday.

“His appetite has also improved and he is interacting well with the family,” Sufi Yusuff, spokesperson of the former Malaysian prime minister, told Anadolu Agency over the phone from Kuala Lumpur.

Yusuff said Mahathir “has been in and out of hospital” since Jan. 15.

Currently, Mahathir, 96, is admitted to National Heart Institute in the Malaysian capital.

“Excellency Mahathir thanked everyone for their prayers,” Yusuff said.

There have been many unconfirmed reports making rounds on social media regarding the health of the world’s oldest prime minister, who led Malaysia to unprecedented economic growth.

On Dec. 16, the former premier was admitted to the institute. In 2006, he had a heart attack, and the following year, he had another.

Mahathir served as the country’s fourth and seventh prime minister.

Oil up over supply tightness amid tensions in Eastern Europe, Middle...