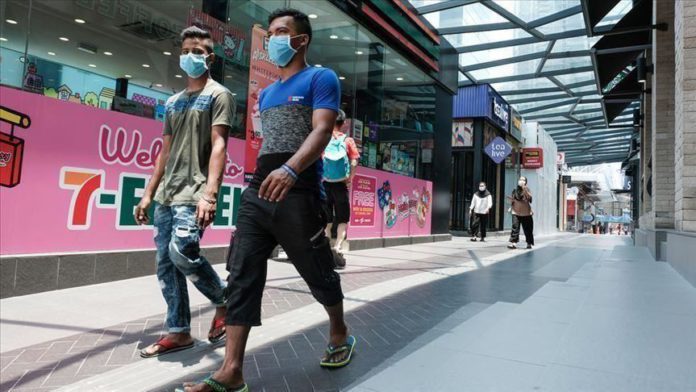 A group of Malaysian activists urged Prime Minister Muhyiddin Yasin to focus on fighting the novel coronavirus rather than blaming undocumented migrant workers for the surge in number of virus cases.

“The recent statement by Prime Minister Tan Sri Muhyiddin Yassin that the Covid-19 outbreak in Sabah [state] was caused by undocumented migrants is of grave concern to the public, as it could harden further the already pervasive xenophobic sentiment Malaysian society since the pandemic started early this year,” Agora Society Malaysia said in a statement on Monday.

On Saturday, Muhyiddin said according to the information he received during a special meeting of the National Security Council, the spikes in coronavirus infections in Sabah region were caused by undocumented migrants entering the country without permission.

Agora Society said singling out undocumented migrants and holding them responsible for the spikes in virus cases nevertheless obscure the failure of the authorities in containing the virus spread.

“We have witnessed the virulent anti-immigrant sentiment at the height of the crisis in April and May, when xenophobic and racist rhetoric permeated cyberspace and the mainstream media,” it said.

The group noted that Rohingya community and migrant workers of various nationalities are taking the brunt of public anger at a time when their position had been made even more vulnerable due to job losses and the lack of social support.

It urged the government to stop arresting the undocumented migrants, grant them amnesty and encourage those with symptoms to come forward for testing.

“Overcrowded cells only lead to unsanitary and violent conditions that are harmful to the physical and mental well-being of detainees,” it added.

The group recalled that earlier this year, Health Director-General Tan Sri Dr. Noor Hisham Abdullah had cautioned that blaming or discriminating against the Tabligh gathering attendees over the sharp rises in COVID-19 cases could potentially prevent them from coming forward for screening, thereby worsening the spread of the virus.

“Agora Society, therefore, urges the prime minister to emulate the compassion and empathy as exemplified by Dr. Noor Hisham Abdullah, and refrain from stigmatizing anyone while the frontline workers are doing their utmost to combat the virus,” the statement said.

Above all, the group said, Muhyiddin should focus on ensuring that everyone living in Malaysia – be they locals or foreigners – abide by coronavirus protocols, including his own cabinet ministers.

“Only then can we overcome the challenge without losing the spirit of humanity,” it added.