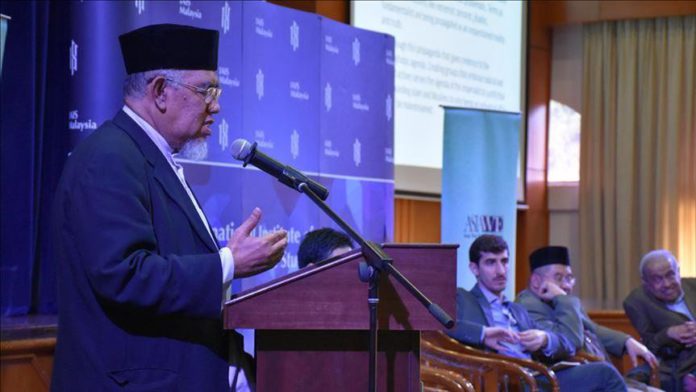 A Malaysian Muslim organization on Thursday threw its weight behind Turkey’s initiative to reopen the historical Hagia Sofia as a mosque in Istanbul.

“The Hagia Sophia is a mosque and it should be respected as a mosque” Mohammad Azmi Abdul Hamid, the head of Malaysia’s Consultative Council for Islamic Organization Thursday said on Twitter.

Commenting on recent discussions in Turkey and abroad about the possible reopening of the sixth-century landmark to Muslim worship, Hamid underlined: “The EU, Italy and US should keep their hands off the issue as it is the right of Muslims in Turkey to reclaim it as a functional house of Allah.

“Muslims’ rights have constantly been denied,” he added.

It is one of the most important architectural works in the world and has underwent restoration work during the Ottoman era and the addition of minarets by architect Mimar Sinan.