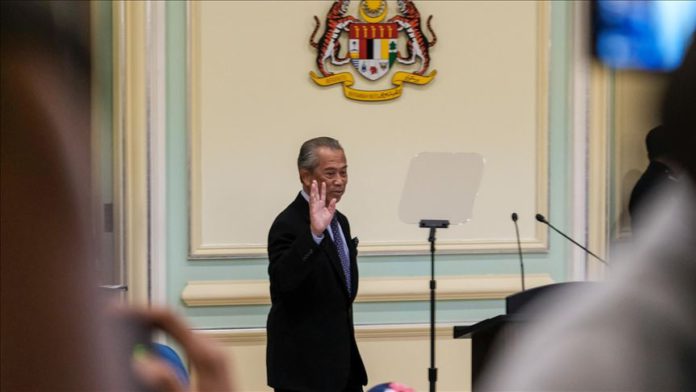 Malaysian lawmakers convened on Monday for the first time since the appointment of the country’s new Prime Minister Muhyiddin Yassin.

The lower house’s session was supposed to take place on March 9 but was postponed for two months due to coronavirus pandemic.

The sitting, which marks the opening of the third session of the 14th parliament, only featured the speech of the country’s monarch and no motions, including a vote of no-confidence against Yassin proposed by his predecessor Mahathir Mohamad.

In his royal address, which was broadcast live via social media, Malaysian King Abdullah Ri’ayatuddin Al-Mustafa Billah Shah cautioned politicians not to drag the country into political turmoil.

“I would like to advise, don’t drag the country again into political uncertainty, when the citizens are already facing various problems and a difficult future due to the COVID-19 pandemic,” he said.

The country reported more than 6,940 confirmed cases of coronavirus, with 113 deaths so far.

Earlier, the opposition had criticized the ruling party National Alliance, saying it lacked legitimacy and did not have the majority of seats required to rule.

“This includes understanding the people’s grievances, championing their welfare, holding to principles of justice, practicing a clean political culture, and refraining from touching on religion and racial sensitivities as well as the sovereignty and position of the Malay Rulers,” he said.

In March, Mahathir proposed a vote of no-confidence against Muhyiddin, saying he did not have the confidence of the majority — 122 votes out of 222 — of the members of parliament.

Mahathir, who served as prime minister for over 20 years in two separate spells, resigned in a surprise move in late February, triggering a political scramble.

Following weeks of uncertainty, Malaysia’s king appointed Muhyiddin prime minister at the end of February and he was sworn in on March 1.

Brent recovers around 10% from worst fall in 29 years