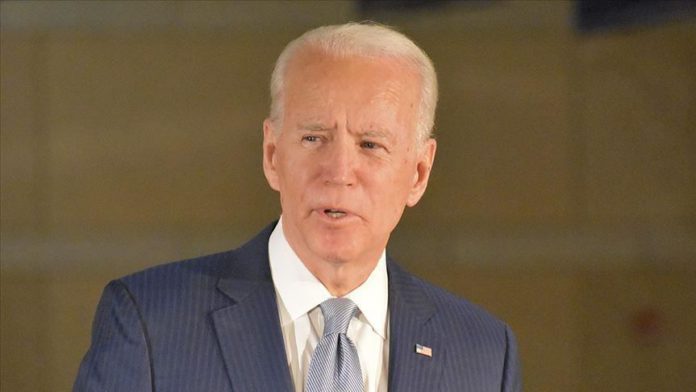 A major Malaysian Islamic group on Monday urged US President-elect Joe Biden to review its support to Israel and recognize the sovereignty of all nations.

“We call on Joe Biden, the newly-elected 46th President of the US, to review its role in the Palestinian struggle and revoke its support to Israel,” Mohd Azmi Abdul Hamid, the head of the Malaysian Consultative Council for Islamic Organization, said in a statement.

Hamid said that Israel has fully capitalized on Trump’s unreserved support for its brutal policies on Palestine.

“Biden must show his willingness not only to unite Americans, but also to revoke all US-Israel policies that have violated all human rights and international laws which have inflicted sufferings on the Palestinians for more than seven decades,” he said.

The statement said the US policies to unilaterally act against nations by imposing sanctions and undermining the sovereignty of other countries must stop.

Hamid said the US always manipulated world institutions according to its interest and the interest of the “Zionist agenda.”

Hamid urged Biden to shift the US foreign policies toward creating a just world, instead of just promoting the hegemony of western powers.

“World must be freed from the US policy of foreign intervention. Enough of US and Zionist grand plan of subjugating and exploiting weak nations,” he added.