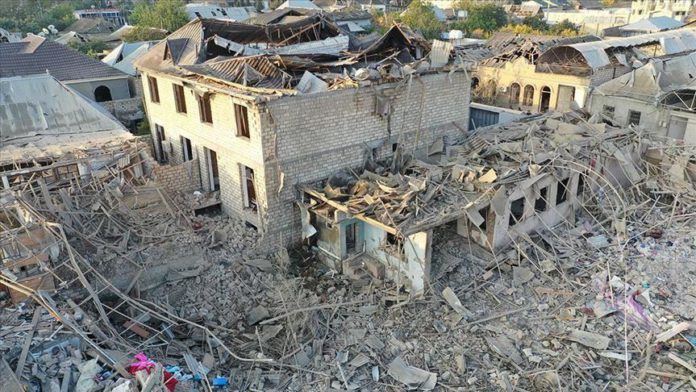 A major Malaysian Islamic group on Sunday denounced Armenia’s recent deadly attack on civilians in the Azerbaijani city of Ganja, as conflict in Upper Karabakh continues.

“This cannot be accepted as collateral damage of war as the attack is deliberate and targeted on civilians,” Mohd Azmi Abdul Hamid, the head of the Malaysian Consultative Council for Islamic Organization, said in a statement.

At least 13 civilians were killed, including four women and three minors, and nearly 50 others injured, when Armenian missiles struck Azerbaijan’s second-largest city on Saturday.

It was Armenia’s second assault in less than a week on Ganja, an area far from the front line with a population of half a million.

Hamid said the attack was executed “without considering the impact on civilians,” and “those responsible for the killing and badly injuring people in their sleep in a sharp escalation of the Nagorno-Karabakh conflict must be held accountable.”

He urged the UN “not to delay” in intervening in the conflict as it was escalating by the day, while the destruction of over 20 houses due to missile strike was a “war crime.”

“We reiterate that the UNSC must intervene before a full-scale war drags foreign powers to turn the conflict into further devastation.”

“Armenia cannot deny that its attacks have been random, and it has committed war crimes and massacre of civilians. We cannot accept the world to be silent on the atrocity,” he said.

“Now, Armenia is accusing Azerbaijan of taking this territory militarily rather than the negotiations over which both sides agreed to take. However, the debate must be in line with the international recognition that Nagorno-Karabakh is not a disputed territory. It is a territory of Azerbaijan.”

New clashes erupted on Sept. 27, and since then Armenia has continued its attacks on civilians and Azerbaijani forces, despite humanitarian cease-fires.

It has killed at least 60 Azerbaijani civilians and injured 270 others to date, according to Azerbaijani officials.

The number of houses damaged in Armenian attacks has reached 1,704, along with 90 residential buildings and 327 civil facilities.

World powers, including Russia, France, and the US, have called for the cessation of hostilities. Turkey, meanwhile, has supported Baku’s right to self-defense and demanded the withdrawal of Armenia’s occupying forces.