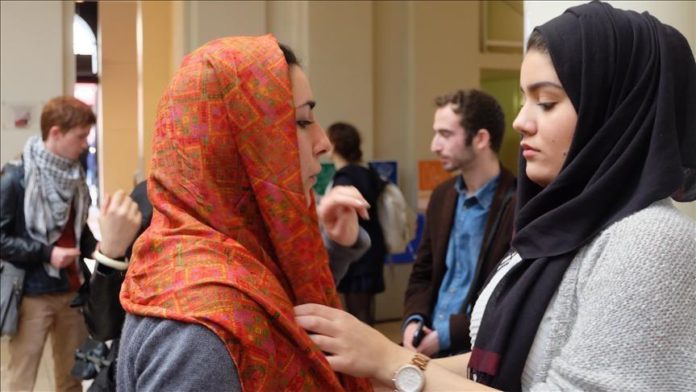 Earlier this week, the upper house adopted the legislation, Consolidating Respect for the Principles of the Republic, with 208 votes in favor and 109 votes against after two weeks of intense discussion. The National Assembly approved it in February.

The bill prohibits parents from wearing visible religious symbols while accompanying their children on school trips, the wearing of the burkini — a swimming costume that covers the whole body with the exception of the face, hands and feet and is worn by many Muslim women — in public swimming pools and “preventing minor girls from concealing their face or wearing religious symbols in the public space.”

It also bans “prayers on the university premises and the display of foreign flags at weddings.”

In a statement, Mohamad Azmi Abdul Hami, head of the Malaysian Consultative Council of Islamic Organizations, said “allowing far-right-wing groups in the French society and the legislators to hate Muslims is creating communal tensions and setting for a violent conflict amongst citizens of France.”

Azmi said the bill that includes new amendments under the guise of “combating extremism,” cannot be accepted “as it is not only against the universal human rights but also against the principles of the Republic.”

The clause prohibiting religious signs or clothing aimed directly at Muslims and Muslim women should be repealed, he said, calling on the French government to stop legislating “against religious freedom.”

US issues advisory for individuals, entities doing business in Myanmar