TurkishPress
Home News Malaysia: Visitors to pay for quarantine as of June 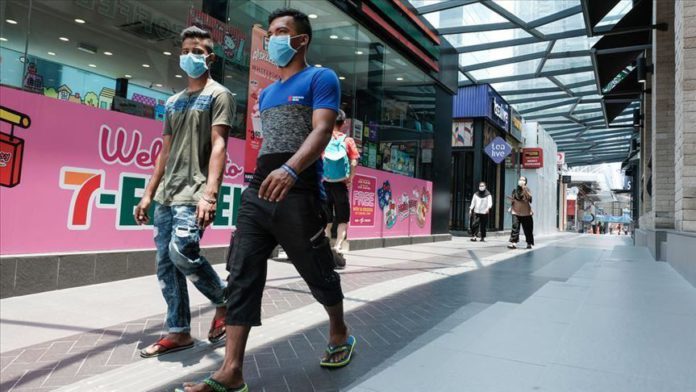 Malaysia on Thursday announced that those entering the country after June 1 will be charged for a mandatory quarantine.

The visitors will also have to sign a letter for agreeing to pay before they can make the trip to Malaysia, Defense Minister Ismail Sabri Yaakob said.

“Malaysians would pay half of the cost of quarantine services while non-citizens, including spouses and family members of Malaysian citizens, had to bear the full cost,” local daily The Star quoted Yaakob as saying.

“Malaysia will continue to impose compulsory quarantine on those who return from abroad to prevent the spread of COVID-19,” he added.

“The signing of the letter can be done at Malaysian embassies and high commissions. After the agreement is signed, the office will also issue a letter permitting them to return to Malaysia,” Yaakob said.

He said any decision taken on the pilgrimage to holy cities will be announced after Eid al-Fitr, Muslim holiday marking the end of holy fasting month of Ramadan, the state-run Bernama news reported.

“Our response will depend on the statement by Saudi Arabia’s Ministry of Hajj and Umrah. We will also discuss in detail the implementation [of Hajj] if it is allowed or not, the decision will be announced after getting an official reply from Saudi Arabia,” the minister said.

There is uncertainty whether the annual pilgrimage to holy cities by Muslims will take place in 2020 or not because of the COVID-19 pandemic.

Malaysia has reported over 7,000 coronavirus cases so far. The infection has killed 114 people.