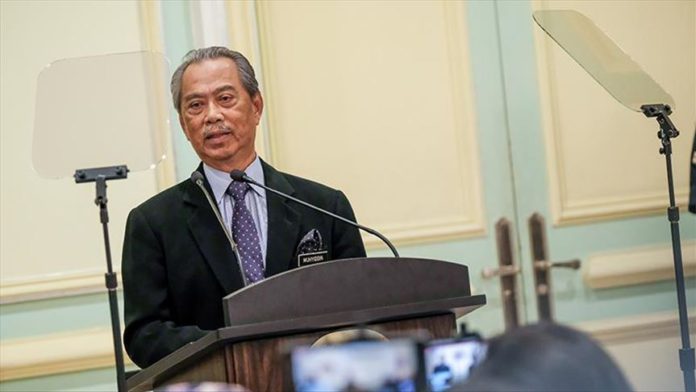 Malaysia will allow almost all economic and business activities to resume from May 4, as the country continues to report decline in the COVID-19 cases, Prime Minister Muhyiddin Yassin announced on Friday.

The country reported a total of 6,002 confirmed cases with 102 deaths and 4,171 recoveries as of Thursday.

Muhyiddin said in his Labor Day special message that the decision was made to create a balance between the need to revive the country’s economy and curbing the virus.

“We are ready to carry out our third approach, which is to reopen economic activities nationwide in a controlled and careful manner,” he was quoted by state-run Bernama news agency as saying.

“Beginning May 4, almost all economic sectors will be allowed to open with conditions,” he said, adding that people need to observe a new standard operating procedure (SOP) and other rules, such as social distancing and wearing facemasks.

The government has imposed movement control order [MCO] on March 18, imposing restrictions, including closing shops and schools as well as travel bans and stay at home orders.

He underlined the country has been losing around 2.4 billion Malaysian ringgits ($560 million) every single day since the measures were implemented, adding that the losses to date are estimated at 63 billion ringgits ($14.7 billion).

“This is important as business and work is a source of income. If we are under MCO for too long, we will not get any income and this will have a negative impact on our finances.”

However, businesses that involve crowds such as cinemas, entertainment outlets and Ramadan markets, would not be allowed to resume yet.

“Social, community and cultural events involving large gatherings such as feasts, open houses, break-of-fast meals, concerts, cultural shows, monthly gatherings of government departments and the private sector, as well as all forms of official ceremonies and assemblies are not allowed,” he added.

Ban on interstate travels will continue, schools and other educational institutions will remain closed, Friday prayers and congregational Ramadan-related prayers will continue to be banned and returning to hometowns to celebrate Muslim holy festival of Eid-al-Fitr would not be allowed.

Individuals will be allowed to exercise outdoors provided they observe social distancing in small groups of up to 10 people.

King Al-Sultan Abdullah Ri’ayatuddin Al-Mustafa Billah Shah said in his Labor Day message that the world is now operating under a “new normal,” expressing his hope that people will work with this new normal.

COVID-19: Complete lockdown to be enforced in Kashmir