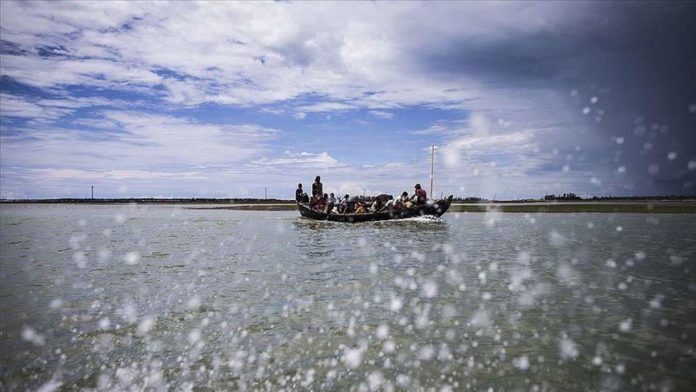 Malaysia and Thailand were urged on Friday to rescue the stranded Rohingya with immediate aid and access to asylum.

In a statement, the Human Rights Watch (HRW) said Malaysian authorities had detained 269 Rohingya refugees who arrived on a damaged boat off Malaysia’s coast at Langkawi last Monday.

Similarly, another second boat with an estimated 300 Rohingya is stuck at sea near Thailand’s Koh Adang island.

“Malaysia and Thailand should urgently rescue Rohingya refugees stranded at sea and provide them with assistance and access to asylum,” the HRW said.

“Both boats left from Bangladesh in February, meaning that the hundreds of ethnic Rohingya on board have been at sea for four months without access to adequate food and water,” the rights group said.

The statement said nearly 100 Rohingya may have died on board a boat bound for Malaysia due to the deplorable conditions, but was rescued by the Bangladesh coast guard.

“Southeast Asian governments are callously passing the buck on protecting Rohingya refugees desperate for sanctuary and a future after Myanmar’s military drove them from their homes with mass atrocities,” said Brad Adams, HRW’s Asia director.

“While Myanmar remains ultimately responsible for the Rohingya refugees’ plight, Malaysia and Thailand should stop wearing blinders about the immediate risks and suffering that they face at sea,” he said.

In the latest incident, the rights group said, Malaysian officials “intended to return it [boat with Rohingya] to international waters, but a damaged engine prevented the pushback”.

“Approximately 50 refugees jumped off the boat and swam to shore, where they were detained, while the boat with the remaining passengers was towed to Langkawi. The Malaysian Maritime Enforcement Agency arrested them on arrival and has detained them at the Nation Building Camp center,” the rights group said.

Only 70% of the detained Rohingya were able to walk when they arrived due to the harsh boat conditions and lack of adequate food and water, according to the HRW.