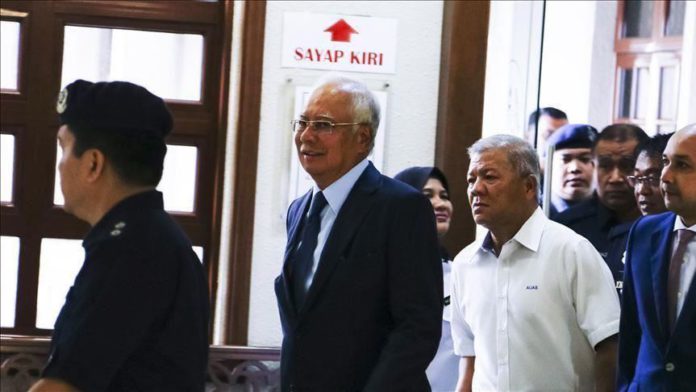 Malaysia’s former Prime Minister Najib Razak has called for an early election in the country to resolve what he described as “instability.”

“In order to resolve the current instability as a democratic nation, the only choice left is to seek a fresh mandate from voters,” Razak said at a session broadcast live on Facebook on Wednesday night, according to daily Malay Mail.

Razak, who is facing cases of corruption, said: “Early general election is necessary with Perikatan Nasional’s [ruling coalition] advantage in Parliament only marginal.”

The coalition government led by Prime Minister Muhyiddin Yasin has claimed support of 115 lawmakers in the country’s 222-seat parliament which is three more than simple majority of 112 necessary to form a government.

He said government will “much trouble pushing legislation through the Dewan Rakyat [lower house of parliament], particularly the federal Budget at the end of the year, to effectively govern.”

Yasin is country’s 8th prime minister and next elections are due in 2023 for 15th parliamentary term.

Razak said lawmakers must vote twice whenever a bill is brought in the parliament.

The crisis ended after Muhyiddin took office after joining a new coalition, supported by the United Malays National Organization, the party once led by Razak, who is on trial over corruption charges.

However, Mahathir, who wanted to become prime minister again shortly after resignation, has since bitterly opposed the new government.