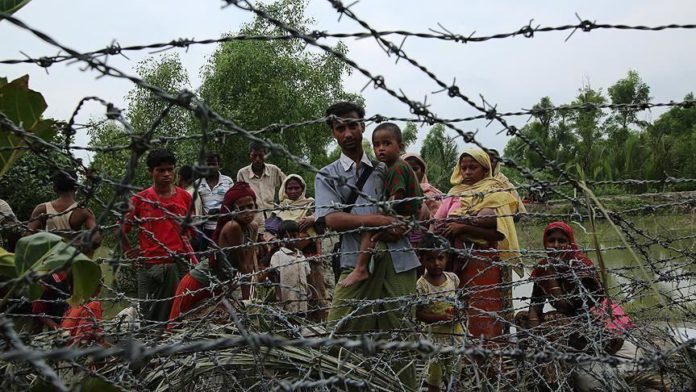 Malaysia detained 269 Rohingya refugees and found a dead body on a damaged boat off the resort island of Langkawi, authorities said on Monday night.

In a statement, the Malaysian National Task Force said it found 216 Rohingya refugees alive and a dead woman on a boat near Langkawi.

As the coastguards approached, 53 more refugees had jumped out and tried to swim ashore but were also detained, it said.

“Further inspections found that the boat was deliberately damaged, making it unfit to be turned back,” read the statement.

Weeks later, the navy chased away a boat carrying 200 Rohingya refugees from near the resort island over fears of the novel coronavirus.

The move was condemned by former premier Mahathir Mohamad for being inhumane and against Malaysia’s policy, which has welcomed thousands of Rohingya refugees over the years.

The Rohingya, described by the UN as the world’s most persecuted people, have faced heightened fears of attack since dozens were killed in communal violence in Myanmar’s Rakhine state in 2012.

According to Amnesty International, more than 750,000 Rohingya refugees, mostly women, and children, fled Myanmar and crossed into neighboring Bangladesh after Myanmar forces launched a crackdown on the minority Muslim community in August 2017, pushing the number of persecuted people in Bangladesh above 1.2 million.

Since August 2017, nearly 24,000 Rohingya Muslims have been killed by Myanmar’s state forces, according to a report by the Ontario International Development Agency (OIDA).

More than 34,000 Rohingya were also thrown into fires, while over 114,000 others were beaten, said an OIDA report, titled “Forced Migration of Rohingya: The Untold Experience.”

Omicron surge pushes Japan’s daily infections to highest in over 4...