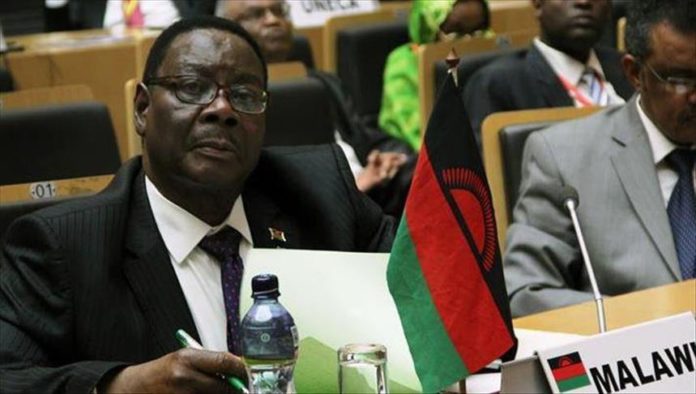 “Much as I find the election unacceptable, I ask all Malawians to be peaceful when all results are announced,” Mutharika said at a news briefing at Sanjika Palace in Blantyre.

He said the vote Tuesday was marred with violence as his ruling Democratic Progressive Party (DPP) election agents were beaten, abducted and denied access to some polling centers.

Mutharika said 12 DPP monitors are missing while others, including Secretary General Gelzeder Jeffrey, were attacked.

The Malawi leader, who looked visibly worn, urged supporters and the nation to remain calm as election results are expected late Saturday.

DPP spokesperson Nicholas Dausi told Anadolu Agency on Wednesday that the party lodged an official complaint with the electoral body.

“We have lodged a complaint with the electoral commission about the violence, especially in opposition strong holds,” Dausi said.

Malawians went to the polls after the country’s top court annulled the May 2019 presidential vote due to irregularities.

The election is practically a two-horse race between the president and his main rival Chakwera, who lost the election last May by 159,000 votes.

In the re-run election, a candidate will have to garner more than 50% of votes to be declared winner unlike in past elections where the first-past-the-post was declared winner.

About 6.6 million people registered to vote. Malawi has a population of about 17.5 million.