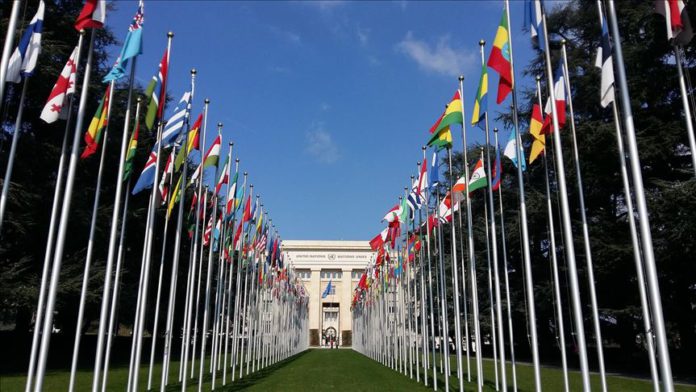 As global leaders start addressing the UN General Assembly from Tuesday to mark the 75th year of the world body, experts call for overhauling its bureaucracy to make it more representative and inclusive.

More than demanding expansion of the UN Security Council to make it representative, there is a pressing need to reform the international bureaucracy. Experts who have been associated with the UN system believe that since the UN staffers tend to work for the interests of their respective countries, there is a need to bring neutrality in the system, by incorporating people from underrepresented countries.

According to a UN document on the composition of the Secretariat presented to the General Assembly in 2019, out of 358 top positions, 98 of them (27%) were held by China, France, UK, US, and Russia, the P5 or permanent members of the UNSC who enjoy veto power. India holds 12, Pakistan 4, and Turkey just one senior bureaucratic position at the world body.

Ban Ki-moon, who served as the secretary-general of the UN in 2007-2016, said he had tried to bring efficiency in the UN Secretariat but was only half successful.

Addressing members of the New Delhi-based Foreign Correspondents Club of South Asia through video link, he said that after seven years of negotiation with member states, he had incorporated an element of mobility to enable staffers to hit the ground too often to address issues. But he said as he stepped down, this element has been put on hold.

Describing COVID-19 more dreadful in terms of its impact than the 9/11 terrorist attacks or the 2008 global financial crisis, he lamented that instead of coming together to find a global response, the US and Europe preferred their interests over shared interests.

“Essential instruments of international cooperation are being challenged, and unilateralist momentum is on the rise. This is causing even graver challenges in developing countries, socially, economically, and politically,” Ban Ki-moon also said.

The 2020 General Assembly session must work to establish an international governance system designated for global crisis response, he noted.

“As a permanent body, the system should consist of specialized agencies and related organizations of the UN, including the WHO Office at the UN, World Bank, and IMF, to ensure its effective and immediate operation in a state of emergency,“ he suggested.

Further, he said, healthcare must be interlinked with climate change to harness innovative technologies.

Mentioning the veto of Russia and indifference of China blocking humanitarian aid to hapless people inside Syria, the former secretary-general said the UNSC has not been able to do its job even under the UN charter.

“It was frustrating to me as secretary-general, I was not able to help people in Syria. There is a proposal at the UNSC that P5 countries should not use the veto to block humanitarian assistance. But this noble effort is also not being supported by many other countries,“ he said.

Still, he counted the establishment of the International Criminal Court (ICC) in 2002, one of the greatest achievements of the world body in the recent past. The ICC is the only permanent international court with jurisdiction to prosecute individuals for the international crimes of genocide, crimes against humanity, war crimes, and the crime of aggression.

“It has inculcated fear and sent strong signals across to world leaders and criminals,” he said.

Vijay Nambiar, a retired Indian diplomat who served at the UN as an aide to Ban Ki-moon, said there is a rising threat that countries were retreating from multinationalism. He said it was because of the hubris of many major world powers.

Trend to set groupings outside UN

Emphasizing that it was time for the UN to reform and revisit its basic structure, till it becomes too late, Nambiar said there was evidence that countries are moving out to seek solutions to their problems approaching to regional and other international organizations.

Because of the failure of the UN, as many as 34 regional and international groupings have come up across the world outside the world body ranging from the EU to G7, G20, NATO, Shanghai Cooperation Organization, Association of South-East Asian Nations, and others. A further of 15 treaties

have also come up outside the UN system, including the Nuclear Security Group, Missile Technology Control Regime, Australian Group, and Wassenaar Arrangement.

On the reforms of the UN system, Syed Akbaruddin, another retired diplomat who till recently was India’s permanent representative at the UN in New York, said only a conflict has the potential to change the world order. In the past, the world order changed in 1945 after World War II, in 1814-15 because of the Congress of Vienna, which reorganized Europe after the Napoleonic Wars, and in 1648, due to the Westphalia Treaty, which brought an end to 80 Years’ War between the Spanish and the Dutch.

Akbaruddin, who was in New York at the time of the COVID-19 outbreak, said the UNSC took three months to discuss the pandemic. It actually evaded the discussion, saying it was meant for peace and security alone. After that when it discussed and adopted an outcome, there has been no follow up in its implementation.

But with all its fragility, it is better to have the UN rather than imaging a world without it.

”Choice between status quo and walking away is not acceptable. Therefore, it is necessary to invest in reforms, rejuvenation, and recalibration of the UN.” Nambiar also agreed that a world without the UN could be more frightening and chaotic, therefore it needs to stay.

“We need to recognize that an alternative to this world body is chaos, absence of rule of law, which is far more difficult to handle,“ he said.