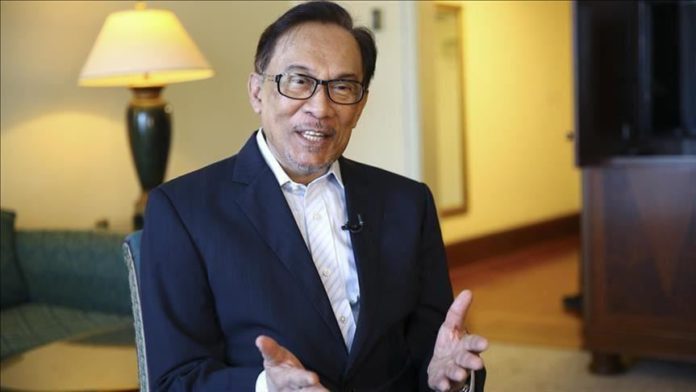 Malaysia’s opposition leader Anwar Ibrahim on Wednesday announced he has secured a “convincing majority” from parliamentarians to form a new government.

“I have a strong, formidable, [and] convincing majority. Not a small majority,” Anwar said at a news conference, as reported by local daily The Star.

He said the development means the end of the government of current premier Muhyiddin Yassin, who grabbed power in a similar manner seven months ago.

“With a clear and indisputable support and majority behind me, the government led by Tan Sri Muhyiddin Yassin has fallen,” the 73-year-old said.

“This is not a backdoor government; this is a government that has the mandate and support. Of course, it is a Malay-majority government, but it will be inclusive so that every community is represented.”

Anwar told reporters he spoke to the king of Malaysia, who holds the power to dissolve the parliament and approve a new government on Monday night and was due to meet him on Tuesday but the meeting had to be rescheduled.

“I would like to mention that I was granted an audience to meet His Majesty Yang di-Pertuan Agong yesterday at 11 a.m. (0300GMT). The meeting was postponed due to the fact that he was being treated the National Heart Institute,” he said.

“I will meet with the Yang di-Pertuan Agong when he regains his health and will provide more information to the public about what happens next.”

To a question regarding support from former premier Mahathir Mohamad, Ibrahim said the veteran statesmen had not conveyed any message so far but “may decide later.”

Muhyiddin, Mahathir’s party and Cabinet colleague, broke away from the PH coalition and aligned with opposition parties, including the United Malays National Organization, to get majority support.

After the king’s approval, Muhyiddin took over as prime minister in early March.