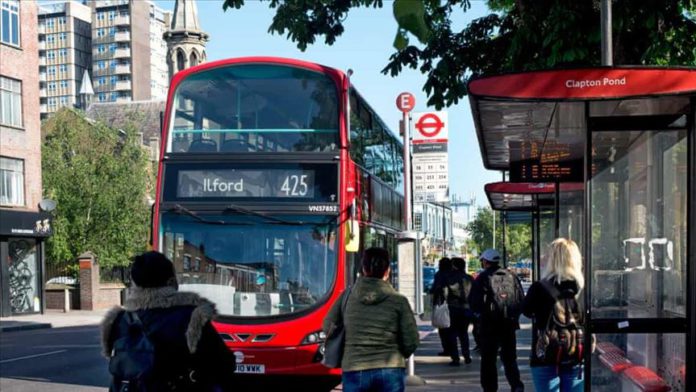 For the first time since the start of the coronavirus pandemic, more people disapprove of the government’s handling of the outbreak than support it, a new poll from the Observer newspaper showed on Sunday.

The poll, carried out by Opinium, showed the overall level of support of the government’s handling was at -3%, with 42% of Brits disapproving and 39% approving.

On March 26, the approval for the government’s response was +42%.

Opinium’s head of polling Adam Drummond said: “In part this was likely inevitable as the relatively simple and almost unanimous decision to lockdown has given way to much more contestable decisions about how and when to open up.”

The turn in fortunes comes as debate intensifies over the easing of the lockdown.

Critics have focused on: the lack of a unified national approach within the union, the reopening of schools, and the general lack of testing and personal protective equipment deemed necessary to safely reopen the economy.

Leaders in North of England have been particularly critical of the government.

Writing in the Observer, Manchester Mayor Andy Burnham, from the opposition Labour Party, said: “In Greater Manchester, we had no real notice of the measures. On the eve of a new working week, the PM was on TV ‘actively encouraging’ a return to work. Even though that would clearly put more cars on roads and people on trams, no one in government thought it important to tell the cities who’d have to cope with that.”

“If the government carries on in the same vein, expect to see an even greater fracturing of national unity,” he said. “Different places will adopt their own messaging and policies.”

“Nervousness in the north about the R number will see more councils adopt their own approach on schools, as Liverpool, Gateshead and Hartlepool are doing. Arguments will increase about funding,” he said.

Northern regions of England have a higher rate of transmission than London and the south, leading to criticism the one-size-fits-all approach could lead to a dreaded second wave and further lockdowns.

“If we don’t get the help we need, there’s a risk of a second spike here which will pass the infection back down the country through the Midlands to London,” Burnham said.

Nevertheless, the government is adamant about reopening schools on June 1.

Government minister Michael Gove, speaking about local authorities refusing to reopen their schools, told BBC: “The clear scientific and clinical advice is that it is safe to have schools reopen, accompanied with social distancing.”

“Children only have one chance at education. Over the course of the last decade we’ve made significant strides in closing the gap between the richest and the poorest in our schools. This lockdown has put that backwards,” he said.

British Prime Minister Boris Johnson wrote his own piece in the Mail on Sunday, saying: “I understand people will feel frustrated with some of the new rules. We are trying to do something that has never had to be done before – moving the country out of a full lockdown, in a way which is safe and does not risk sacrificing all of your hard work.

“I recognise what we are now asking is more complex than simply staying at home, but this is a complex problem and we need to trust in the good sense of the British people.”

The global death toll from the novel coronavirus has exceeded 312,000, with more than 4.65 million confirmed cases and recoveries have surpassed 1.7 million, according to a running tally by US-based Johns Hopkins University.