TurkishPress
Home News Majority of Republicans to vote for Trump in 2024: Poll 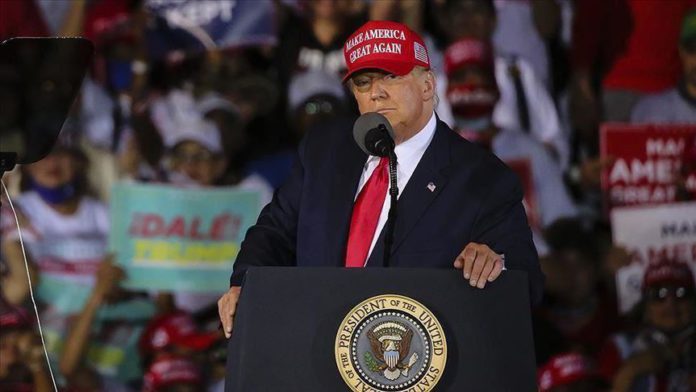 The majority of US Republicans would vote for President Donald Trump in the 2024 election if he ran again for office, according to a poll released Tuesday.

Fifty-four percent would vote for Trump if the 2024 presidential primary was held today, a Morning Consult-Politico poll showed.

Although Trump is set to leave the White House in January to Democratic President-elect Joe Biden if legal battles yield no fruit, a massive 68% of Republicans said the incumbent president is more in touch with the party’s rank than congressional Republicans.

“Trump’s influence on the party is casting a shadow on Washington in the short term, with Republicans facing two must-win Senate runoffs in Georgia on Jan. 5, and in the longer term, as both parties prepare to battle again for congressional majorities in 2022 and the race for the White House in 2024,” the poll said.

While 25% said Republicans in Congress fear the president, 71% said Trump is more likely to be considered effective and committed to the country’s best interests.

“Trump’s critics have said Republicans on Capitol Hill fear his wrath given his unique political power with the base – something Trump and his allies view as a sign of strength,” it said.

“And while GOP voters don’t fully buy that congressional Republicans are scared of the president, they are increasingly cognizant of his grip on the party’s political establishment in Washington,” it added.

As for in-party politics, 56% of Republican voters said Trump is predominantly looking out for the party’s best interests.

While 62% consider Trump trustful, 59% see him as conservative and honest and 56% think he is knowledgeable about policy.