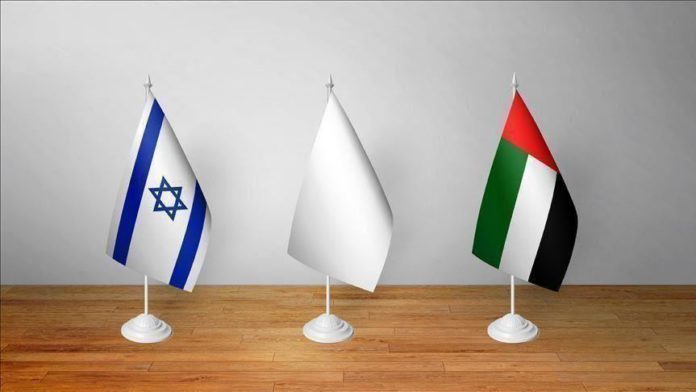 The vast majority of social media posts in the Arab world about the recent normalization agreements between Israel, the United Arab Emirates (UAE) and Bahrain were “negative”, a report published by the Israeli Ministry of Strategic Affairs said.

The nine-page report found that 81% of Arab social media users had “negative” comments about the normalization agreements, also known as the Abraham Accords, while 8% held “very negative” opinions. Only 5% viewed them positively.

According to The Times of Israel website, the survey, which was commissioned by the ministry and conducted between mid-August and mid-September, showed that almost half of the comments – 45% – published in the Arab world considered the Israeli-Emirati agreement a “betrayal.”

Twenty-seven percent expressed regret over the UAE dealings with Israel, 10% considered the agreement “hypocrisy” while 5% believed that Abu Dhabi gave in to American interests.

“The minority in favor of normalization cited the deal’s advantages in the areas of security (61%), economic feasibility (33%), and the “whitening” of a de facto existing situation (6%),” the ministry said in a statement.

The ministry recommended launching an online campaign “to change perceptions about Israel, with a focus on the Arab world” in order to “provide more balanced and reliable information, including within the context of legitimization regarding Israel.”

On Aug. 13, the UAE and Israel announced a US-brokered agreement to normalize relations, including opening embassies in each other’s territory. The agreement was officially signed on Sept. 15 in Washington.

The normalization deal was met with widespread condemnations from the Palestinians, who said that the agreement does not serve the Palestinian cause and ignores their rights.