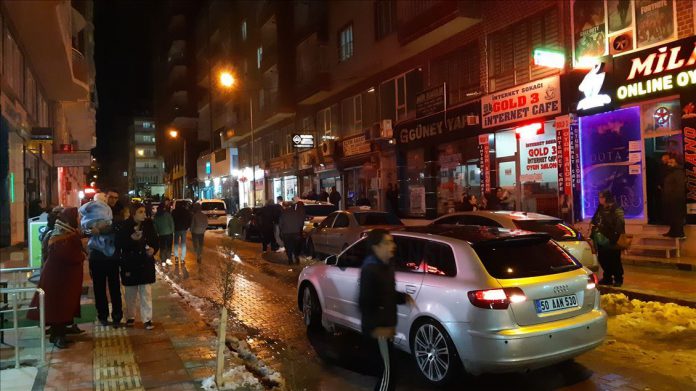 A 6.5-magnitude earthquake jolted Friday eastern Turkish province of Elazig, according to Kandilli Observatory and Earthquake Research Institute in Istanbul.

The country’s Disaster and Emergency Management Presidency (AFAD) first announced the quake with a magnitude of 6.8, but Kandilli Observatory revised the figure to 6.5 shortly after.

Interior Minister Suleyman Soylu said the earthquake did not claim any lives and less than a dozen people were reportedly wounded, according to initial reports.

“Search and rescue teams were sent to the region, and further information is yet to come,” Soylu said, adding that some buildings in the