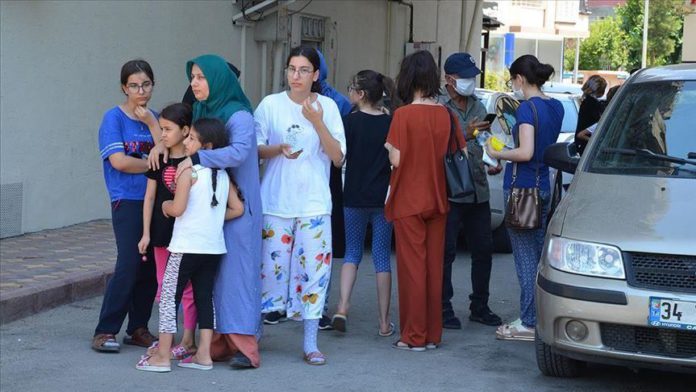 A magnitude 5.2 earthquake shook Turkey’s eastern province of Malatya on Tuesday, according to the country’s disaster agency.

The earthquake occurred at a depth of 8.16 kilometers (around 5 miles), said AFAD.

Interior Minister Suleyman Soylu said on Twitter that no damage had been reported so far from the provincial governor’s office.

Citing field researches conducted by AFAD, police and gendarmerie teams, as well as based on information received from local authorities, the provincial governor’s office said in a statement that no casualties were reported.

The respective authorities started to work on damage assessment of buildings, it added.

The statement also urged those people, whose properties were damaged, not to return to their homes until the damage assessment work is completed, adding that this is “very important in terms of life safety of citizens” due to the aftershocks in the region.

Selahattin Gurkan, mayor of Malatya, said there were no fatalities or loss of property in the area according to the initial reports received from the region.

He added that the buildings, which had been damaged in previous earthquakes in the district, were damaged more by the current quake.

“Gendarmerie and AFAD teams are in communication with neighborhoods,” Malatya Governor Aydin Barus told Anadolu Agency, adding that they have not heard of any negative development so far.

He also said the earthquake was felt across the province.

Meanwhile, the earthquake was also felt in neighboring provinces such as Diyarbakir, Batman, Elazig, Siirt, Kahramanmaras, Adiyaman, Sanliurfa, and Gaziantep.

Several ministers and political party leaders extended their sympathy for those affected by the quake, noting that they are closely following the developments.

* Jeyhun Aliyev contributed to this report from Ankara