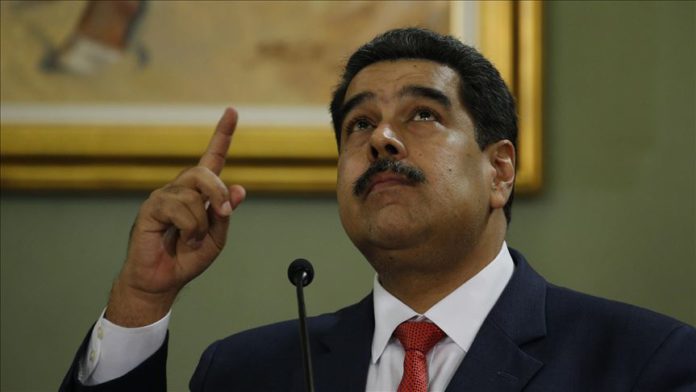 Venezuelan President Nicolas Maduro criticized the delay in the US election vote count Wednesday while implying that unlike US President Donald Trump, he will accept the results of Dec. 6 parliamentary elections regardless of the outcome.

In a televised speech, Maduro said that in Venezuela, “the electoral results are given on the very night of the elections in an exact manner” and referred to the campaign for next month’s parliamentary elections which began Tuesday as he looks to take back control of the National Assembly.

“Yesterday, the electoral campaign in Venezuela began. It is a demonstration of how in a civilized manner, in peace, we have a proven, transparent electoral system,” he said.

Maduro noted that he will recognize the results of the Dec. 6 election “whoever wins” after referring to Trump’s attempt to cast doubt on the results of Tuesday’s US presidential election.

The Venezuelan opposition has denounced the coming parliamentary election as a “fraud” while the European Union and the US have voiced concerns over possible corruption in the election results.

“We do not interfere in the internal affairs of the United States,” said Maduro. “And we hate it when they pretend to give lessons in democracy to the world,” he added.

Islam Channel slams UK MP for linking it to terror