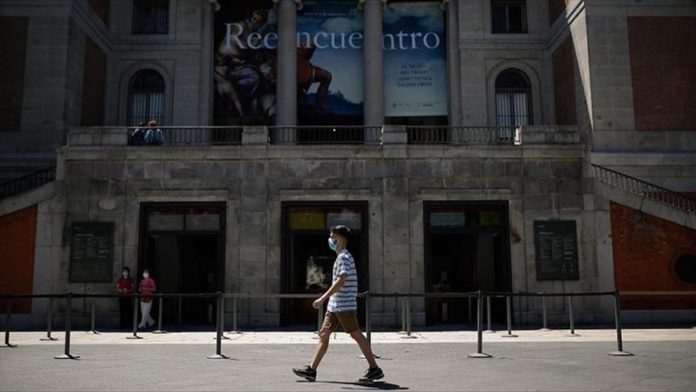 Around 850,000 people living in 37 areas in Madrid can no longer leave their neighborhoods for reasons other than work, school or other essential tasks. Outsiders, likewise, cannot enter for un-justified purposes.

Within the neighborhoods, businesses and schools remain open. Indoor bars and restaurants can serve at 50% capacity, but the parks have been closed.

Police are setting up for random checks to control the flow of the population. Through the loudspeakers of their patrol cars, the new law is being broadcast.

All the affected areas have one thing in common – uncontrolled community transmission of the novel coronavirus, with more than 1 out of every 100 residents testing positive within the last two weeks.

But the neighborhoods share other characteristics too. According to an analysis by Spanish daily El Pais, they are relatively poor, densely populated neighborhoods with nearly twice as many immigrants as the rest of the city.

Earlier this week, Madrid premier Isabel Ayuso said “the way of life of immigrants in Madrid” was one of the reasons the city is facing one of Europe’s worst outbreaks of COVID-19.

Some of the city’s most multicultural neighborhoods like Lavapies, however, are not being confined.

Ayuso announced the measures on Friday, and over the weekend thousands of protestors took to the streets, comparing the measures to ghettoization, and calling for the premier’s resignation.

“Our irresponsible politicians want to segregate Madrid, break its unity and create an apartheid where workers forget they have rights,” tweeted Juan Carlos Monedero, a professor and founding member of the Unidas Podemos party.

Several studies in Spain and elsewhere have shown that the virus has been more devastating among underprivileged populations, where many people are essential workers and live in cramped conditions.

In Madrid, people from the hardest-hit areas are more likely to catch public transportation amid the pandemic, which can still be seen overflowing at peak hours.

Partly organized by the far-left Unidas Podemos party, the protests highlight the growing polarization in Spain.

Right-wing politicians in Madrid criticized the protests, warning they could make the health situation worse.

In May, a series of protests broke out in the wealthiest neighborhoods of Madrid, with participants calling for the end of the lockdown. At the time, left-wing politicians decried the possible adverse health effects of the gatherings.

Still, experts question whether or not the new measures go far enough to tackle the spread in Madrid, where the contract tracing and testing systems have been fraught with delays, primary care is overwhelmed and hospitals are beginning to overflow with COVID-19 patients.