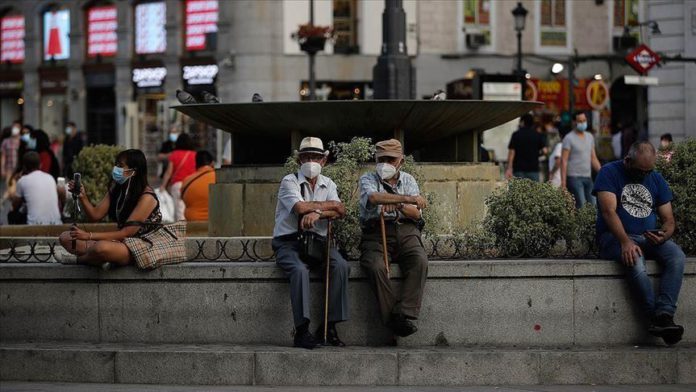 The city of Madrid will be confined within the next few days, the Spanish Health Minister announced on Wednesday, after reaching an agreement with regional leaders to establish thresholds that will force the worst-hit regions to take stricter measures.

In a meeting between Spain’s regional leaders, the majority voted to establish thresholds that make hard-hit areas take confinement measures, even if the regional government is opposed to them.

Once the legislation is published, which Illa said will be in the next few days, all Spanish cities that have detected more than 500 infections per 100,000 people in the last two weeks, a positivity rate above 10% and more than 35% of ICU beds occupied will be cordoned off.

In these areas, one will be allowed to enter or leave for non-essential reasons, gatherings will be limited to six people and bars, restaurants and malls will have to limit capacity to 50%, amongst other measures.

Bars and restaurants will also be forced to close their doors at 11 p.m. local time (2100GMT). Schools will remain open.

The only cities that surpass the newly established thresholds are in the region of Madrid – where the government has been resisting the central government’s calls to lockdown the entire capital.

Besides the Spanish capital, nine other cities in the region of Madrid will also be forced to adopt tighter measures once the legislation comes to force.

Negotiations between the Madrid and central government have been tense, but Illa said he “couldn’t contemplate” the region disobeying the new orders.

During the first half of 2020, Spain experienced the sharpest GDP drop of all major advanced economies but the IMF boosted its outlook for 2021.

The report says the economy could bounce back by 7.2% next year, but only if it manages to “get the second wave of infections under control”.