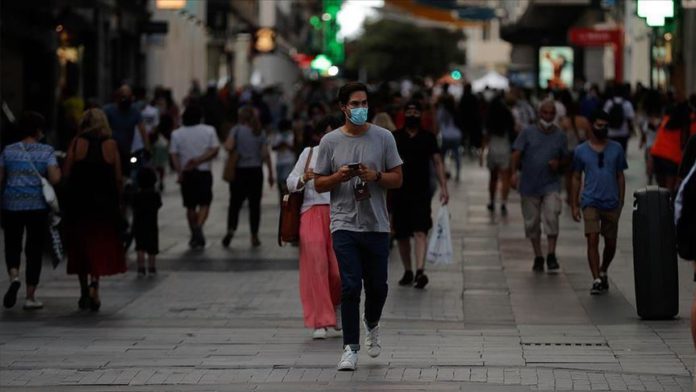 The city of Madrid and several other nearby municipalities are preparing to enter a second confinement on Friday night, as Spain’s Health Ministry reported another 11,325 coronavirus infections and 113 deaths.

The order was issued after Spain’s central government forced Madrid officials to tighten measures, but the government of Madrid has presented a legal challenge in hopes of striking down the measures.

But for now, the city of Madrid and other hard-hit areas will not allow people to leave or exit the municipalities for unjustified causes. In the confined areas, bars, restaurants, and gyms can operate at 50% capacity and have to close by 11 p.m. local time.

The measures will be reviewed on a weekly basis, and when the epidemiological situation improves, the central government will permit a reopening.

At the same time, Madrid’s Justice Minister Enrique Lopez said citizens who break the rules related to mobility will not be fined or punished until a judge ratifies the new rules. In the meantime, police will set up “informative controls” to tell people about the new measures and called for “calm amid the chaos”, he added.

Legally, it is not clear what happens with the Barajas International Airport, which is located in a district of the confined capital city.

“Starting tomorrow you will be able to reach Madrid from Berlin, but not from Parla [a confined city around 12.4 miles away from Madrid]. Thanks for the chaos, Pedro Sanchez,” tweeted Madrid President Isabel Ayuso, calling on the Spanish prime minister, as the tension between the two governments continues to grow.

According to the latest data released by the Spanish Health Minister, the rate of new coronavirus infections in Madrid has fallen this week, but there have been increasing reporting delays.

On Friday, the officially confirmed deaths in Spain jumped by 113, bringing the total past the 32,000 mark. More than 10,000 people are currently hospitalized — over a third of whom are in the region of Madrid.

Outside of Madrid, officials in the northern city of Ourense announced some of the strictest measures since the beginning of the second wave to control a new outbreak — they will ban all social contact between people who do not live together.

In Madrid, social gatherings are limited to six people.