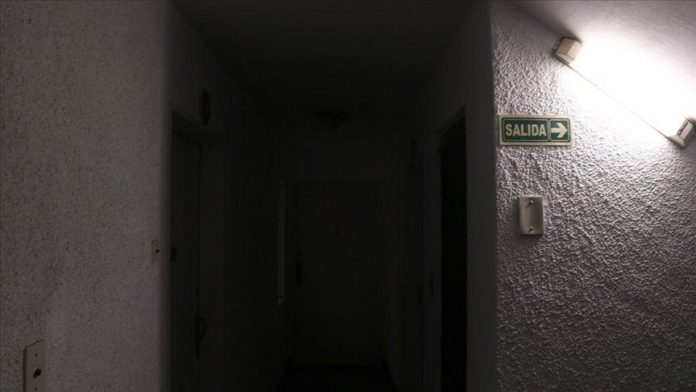 Around 200 residents of a poor neighborhood in the south of Madrid took to the streets on Monday to protest having no access to electricity for nearly two months.

On Oct. 2, a power outage left around 4,500 residents of La Cañada Real in the dark. Since then, no one has been around to fix the situation.

Protesters said their children have to study by candlelight, and have no access to computers or the internet. Without electricity, many residents are unable to refrigerate or cook food, take warm showers or heat their homes safely.

The locality is one of the largest informal settlements in Europe, and around half of its population has no access to power.

The utility company, Naturgy, says cannabis plantations have collapsed the grid, but residents say it should cut off power to heavy users or find another solution to avoid the mounting humanitarian crisis.

“In my house, there is no marijuana,” read one protester’s sign.

“We are workers, not criminals,” the demonstrators chanted, affirming that electricity is a right, not a privilege.

“It’s completely unacceptable that in a time like this, and especially now that winter is beginning, that these people, including a large number of minors, have to suffer through this kind of situation,” said Ignacio Benito of the Socialist Party.

The politicians said Madrid’s local and regional governments should pressure the utility company to restore power to the area.

“It’s a very complicated problem,” Madrid mayor José Luis Martínez-Almeida, who this weekend turned on around 10 million LED lights to illuminate Madrid for Christmas, told Spanish daily El Pais. “We hope to solve it as soon as possible.”