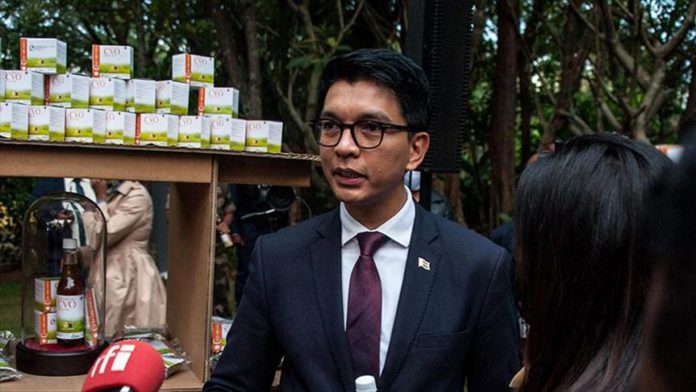 In addition to the COVID Organics (CVO), already marketed in the form of herbal tea, a new injectable solution of the same product is under clinical trials in Madagascar, according to the country’s president.

Andry Rajoelina said on Monday his government was already collaborating with foreign doctors and researchers on the matter, looking at alternative research possibilities but still on the trail of the Artemisia plant — the main component of CVO.

“A pharmaceutical factory will be set up within a month to increase the production capacity of COVID Organics. It will be administered in other forms such as injections,” Rajoelina said on Twitter.

Last month, Rajoelina officially launched the CVO, a herbal concoction claiming that it can prevent and cure patients suffering from the novel coronavirus. The drug was developed by the Malagasy Institute of Applied Research.

But, the World Health Organization (WHO) has warned against any self-medication and said that it has not recommended any medicine as a cure for the COVID-19.

Known under the scientific name of Artemesia Annua, the plant of Chinese origin was first imported to Madagascar in the 1970s to treat malaria.

According to Rajoelina, Madagascar produces 3,000 tons of Artemisia every year.

“From now on, we will no longer export Artemisia. But, we will proceed with the transformation of this plant on our own territory,” he said.

The new form of CVO will easily reach other countries in Europe and on other continents, according to Rajoelina.

Meanwhile, CVO in the form of herbal tea continues to be distributed in Madagascar.

“I encourage Malagasy farmers to cultivate Artemisia in order to increase our production capacity amounting to 3,000 tons per year. The value in tonnes of Artemisia is $3,000 vs $350 for rice,” Rajoelina said.

Madagascar has donated CVO, which is claimed to cure the COVID-19 to several African countries.

The country has confirmed 149 COVID-19 cases so far, with no deaths and 99 recoveries, according to figures compiled by the US-based Johns Hopkins University.

Rajoelina has also extended a state of emergency in the country put in place against the virus.