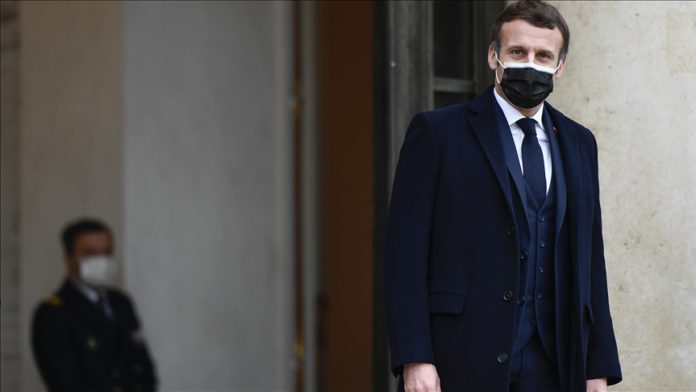 French President Emmanuel Macron on Friday asked people to remain “vigilant and careful” in the coming days of festivities.

In a short video message on Twitter — a day after testing positive for COVID-19 — he said that his case shows anyone could be infected by the virus even after stringently following social-distancing protocols.

Isolated at La Lanterne in Versailles, the official retreat of the president, Macron appeared pale and tired in the first video appearance, even as he sought to assure the French public about his health.

He informed that the Elysse Palace was tracing contacts of those he had met in the last 48 hours, including several politicians, government officials, family members, and his immediate security guards — all of whom were now in solitary confinement and being tested.

Macron said 18,000 people tested positive on the day of his test, which shows that the virus was once again getting stronger. He promised to maintain complete transparency of his medical record and update the public of his case which was not expected to escalate into a serious condition.

Gilbert Collard, a member of the European Parliament criticized Macron’s video. In an interview with BFMTV – a news channel in France — he said that it was worrying that the president was announcing his state of health, free from the rigor of medical communication and the obligation of relative truth.

“He can tell us what he wants on his state,” said the MP.

Meanwhile, Jean-François Delfraissy, president of the Scientific Council, advising the government on tackling the pandemic said despite the availability of the vaccine, the coming six months will continue to pose a grim scenario.

“If you look at the vaccination capabilities that we have in France and elsewhere in Europe, we will need time. The production of vaccines will be slower than envisioned 15 days or three weeks ago,” Delfraissy told BFMTV.

He added, it was likely there would be no return to normal life until the autumn of 2021.

France is waiting for approval from the EU’s regulatory authorities for the Pfizer/BioNTech vaccine following which it expects to start the inoculation campaign by the last week of December.