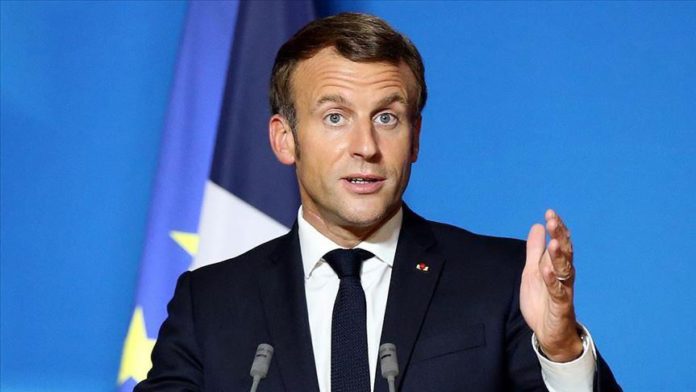 French President Emmanuel Macron announced a controversial plan on Friday, starting a fight against so-called “Islamist separatism” in the country.

Macron said in his address in the city of Les Mureaux that Islam is a religion that is “experiencing a crisis across the world.”

He argued that “Islamic separatism” was problematic, and added: “The problem is an ideology which claims its own laws should be superior to those of the republic.”

His speech was widely criticized by French Muslims due to fears that the bill which will be submitted to parliament in December, can trigger abuse against them.

Some NGOs or organizations which “act against the law and values of the country” might be closed or face tight financial audits, according to the new plan.

Macron claimed that some Muslim parents do not allow their children to attend music classes or going to swimming pools at schools. He added that hijab, or headscarf, should not be worn inside schools.

Schools will be under tight control and “foreign influence” will not be tolerated in France, he said.

Adding that they will be working closely with French Council of the Muslim Faith (CFCM), Macron said the plan aims to “free Islam in France from foreign influences”.

In addition, France will not allow imams from Turkey, Morocco, Algeria or other countries to work in the country as of 2024. Instead, the imams of Muslim communities will be obliged to receive training in France and obtain certification.

Macron argues that the plan aims to “defend the republic and its values” by keeping religion outside of education and public sector.

But the controversial plan has sparked criticism since it was first proposed, with some representatives of Muslim community describe the move as “Islamophobic”.

French Muslim Council President Mohammed Moussaoui previously warned that they would oppose any targeting of Muslims who practice their religion by respecting the laws.

An estimated 6 million Muslims are living in France, or 8% of the population. It is the largest Muslim assemblage in any European country.

Macron’s controversial speech was also criticized on social media. A French human rights activist, Yasser Louati, wrote on Twitter after Macron’s speech that the the repression of Muslims has been a “threat”, now it is a “promise”.

“In one-hour speech #Macron burried #laicite — secularism –, emboldened the far right, anti-Muslim leftists and threatened the lives of Muslim students by calling for drastic limits on home schooling despite a global pandemic,” he wrote.

A Portuguese political scientist, Bruno Macaes, also took to Twitter: “Macron no longer hiding his feelings about Islam. No longer radical Islam, now it’s just Islam that is the problem. I don’t think any Western leader has ever spoken of Islam like this. There was always a careful distinction between Islam and fundamentalist movements.”