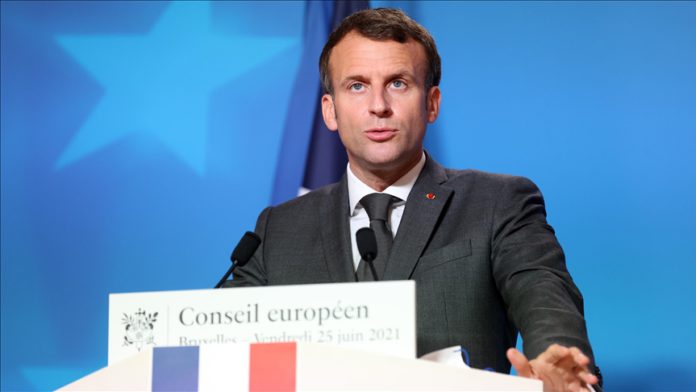 Falling short of apologizing, the French president said that Paris owed “a debt” to French Polynesia over hundreds of nuclear tests conducted in the South Pacific territory for 30 years which affected more than 100,000 people.

In a speech during his first official trip to the territory, Emmanuel Macron said that a total of 193 nuclear tests carried out by France in the region between 1966 and 1996 negatively affected the health of the local people.

Macron said that they would not have done the same tests in France regions.

He said that France will accelerate the ongoing works to examine the compensation demands of the victims of the nuclear tests.

The French president did not make a formal apology on behalf of his country, as demanded by local anti-nuclear associations.

A new investigation on nuclear testing on the Pacific islands has revealed that French authorities deliberately concealed the impact of radioactive contamination on the health of Polynesians for more than 50 years.

The Moruroa files were released in March through a collaborative project between investigative journalism media platform Disclose, spatial designers working on environmental issues at NGO Interprt and researchers from Princeton University’s Science and Global Security program.

It revealed that almost the entire Polynesian population, approximately 110,000 people, were infected with high levels of radiation from the 193 nuclear tests conducted by France. These tests were carried out from 1966 to 1996 at the Moruroa and Fangataufa atolls, including 46 open-air atmospheric explosions, until 1974.

At the time of these tests, the military did not undertake preventive measures of evacuating the people inhabiting the islands around the testing sites, said the report, citing declassified documents from 2013.

The Disclose investigation re-evaluated the estimations of the doses of radioactivity using information from declassified French military archives and scientific processes and found a number of errors in the CEA’s study.

The CEA’s calculations of the maximum dose received by the local inhabitants were between twice to 10 times lower than their estimates, the investigation report said.