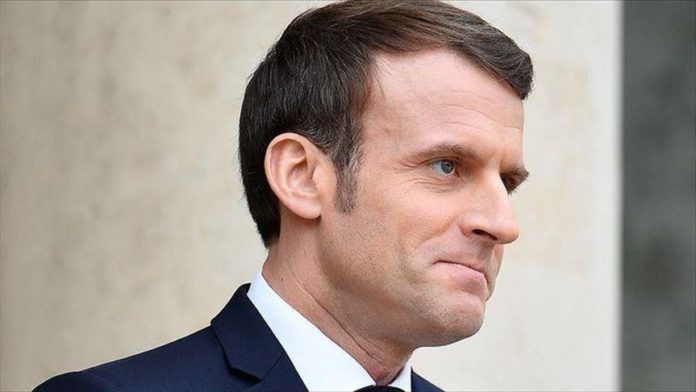 President Emmanuel Macron led commemorations of the French resistance to Nazi Germany’s invasion of France on Sunday, visiting two villages in the northern part of the country.

In the process, he paid tribute to then-Colonel Charles de Gaulle, who led troops on May 17, 1940 in the Battle of Montcornet to slow encroaching German forces there. From 1958 until 1969, De Gaulle served as the 18th president of France.

Macron’s first stop was the small village of Dizy-le-Gros, which lies in the Aisne department in Hauts-de-France, and a monument there to the 60,000 who died. Despite the size of the conflict, it is little known to many when it comes to WWII history.

The president then spoke at a war memorial in the nearby village of Les-Villes-aux-Bois-les-Dizy, where he honored de Gaulle in the Battle of Montcornet, also known as the Battle of France, at the start of World War II, for his leading an armored division against the Germans.

De Gaulle’s men managed to slow the opposing forces but ultimately were defeated.

“The battle was lost, but there are one-day defeats which carry within them the germ of victories to come. The Battle of Montcornet is of this one,” Macron said in commemorating the combat, and with it, the leader and eventual founder of the Fifth Republic of France.

The president’s speech came at a time when France is marking another significant battle in history, that against the novel coronavirus. Macron has repeatedly framed the experience as a conflict, with the phrase “We are at war, against an invisible enemy.”

His commemorative words Sunday draw a parallel between an event 80 years ago and one today that form the “French spirit of resistance.”

“De Gaulle tells us that France is strong when it knows its destiny, when it stands united, when it seeks the path of cohesion in the name of a certain idea of France, which brings us together beyond the discord,” said the president.

This was Macron’s first major trip outside Ile-de-France since the coronavirus pandemic consumed the country two months ago, forcing him to focus on matters closest to the capital.