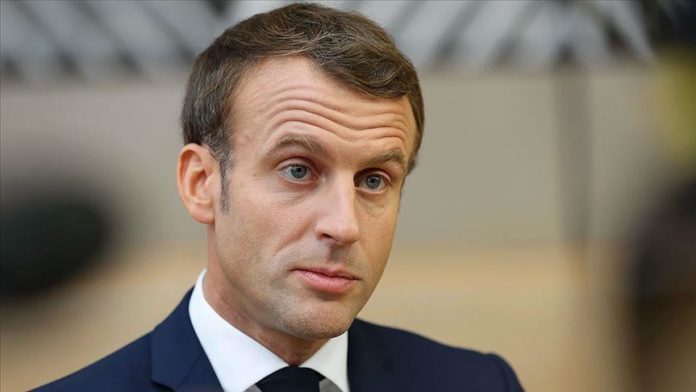 French President Emmanuel Macron on Sunday laid out the next phase of deconfinement for an anxious public already in the week five of a lifted coronavirus lockdown.

Speaking from the Elysee Palace in a televised address, Macron handled the most pressing concerns, notably, the reopening of cafes, bars, and restaurants, the economy, the resumption of classes in schools, the current racial protests, and the coronavirus pandemic itself, as the possibility of a second wave remains, given its very real global prevalence.

France remained under a nationwide lockdown from March 17 to May 11 due to coronavirus, which gripped the nation causing 29,401 fatalities. All non-essential businesses remained shuttered, deemed by health officials as the best preventative measure against the spread of infection.

Macron announced that the whole French territory will convert to a green zone which is declared free of coronavirus hotspots. The only exceptions are the outlying territories of Mayotte and Guyana.

With this, he announced the full opening of cafes, bars, and restaurants from Monday, probably the most critical businesses to the French economy and considered staples of French life. Culinary establishments were allowed a partial reopening on June 2 with only outdoor spaces permitted for seating. Along with cinemas and concert halls, culinary establishments allowed people to gather in too close proximity.

The news is welcome for restaurant owners and economists alike. For 2020, the Banque de France has already predicted a 10% drop in GDP and a rise to a possible 10% in unemployment.

Nursery schools, as well as high schools and colleges will also reopen as of June 22, with a “mandatory presence,” Macron said.

Visits to nursing and retirement homes will once again be authorized as of Monday.

On the nationwide protests against racial injustice and police violence over the past week, Macron voiced his sympathy, as well as his firm stance.

“We are a nation where everyone, whatever their origins and religion, must find their place,” he said, adding, “We will be intractable in the face of racism and anti-Semitism and strong new measures for equal opportunities will be taken.”

Given police backlash as well last week, where many units demonstrated in Paris and other cities, Macron confirmed that he is absolutely on the side of law enforcement.

“The police and the gendarmerie deserve the support of the public authorities and the recognition of the nation,” Macron stated.

He also gave a much-needed nod to medical personnel who have battled the virus on a daily basis.

“Tens of thousands of lives have been saved by our choices, by our actions,” he professed. “We can be proud of what has been done.”

Macron commended his citizenry for having done their part in battling the coronavirus.

“If we can reopen the country, it is because at each stage of the outbreak, each one has taken its share.”

The president said he will address the nation again in July on the continued evolution of the crisis.