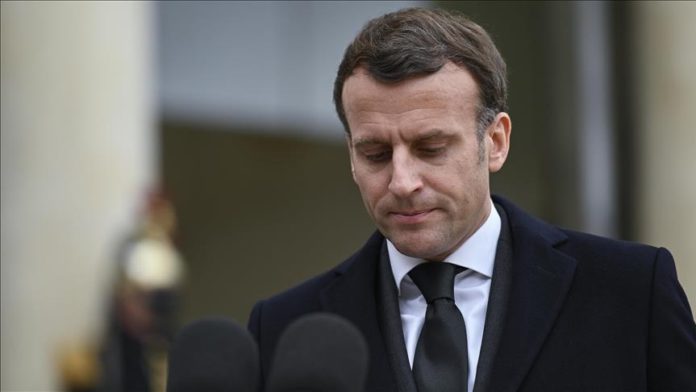 French President Emmanuel Macron claimed that Turkey was “attempting to interfere” in his country’s next presidential election in 2022 while also stressing that Paris must work with Ankara.

“There will be attempts to interfere with the next election. It is written, and the threats are not so veiled,” he said in an interview broadcast Tuesday evening on France5 TV as part of a documentary “Erdogan: the sultan who defies Europe.”

Macron did not specify the details of the interference but mentioned the possibility of Turkey “playing on public opinion.”

Relations between France and Turkey have been at odds geopolitically over conflicts in Syria and Libya. Most recently, President Recep Tayyip Erdogan and Macron lashed out against each other following a controversy over offensive caricatures of Islam’s Prophet Muhammad.

Macron claimed that Turkey distorted his comments on Islam last year, which he described Islam “a religion in crisis” after a series of terror attacks in France.

“Very clearly last autumn there was a politics of lies,” he said.

“My comments were falsified and France was presented as a country with a problem with Islam,” he added.

Macron however noted a change in Erdogan’s desire to re-engage in the relationship and said he does not hold any “animosity towards Turkey.”

“But we cannot re-engage when there are ambiguities. I don’t want to re-engage in a peaceful relationship if there is behind such maneuvers going on,” he said.

Macron added that as a NATO member, a major trading partner, and a partner on security and migration issues, it was incumbent to try and work together.

“We need a dialogue with Turkey. We must do everything so that it does not turn its back on Europe and go towards more religious extremism or negative geopolitical choices for us,” he said.

“If Turkey opens the doors, you have three million Syrian refugees arriving in Europe,” he warned.