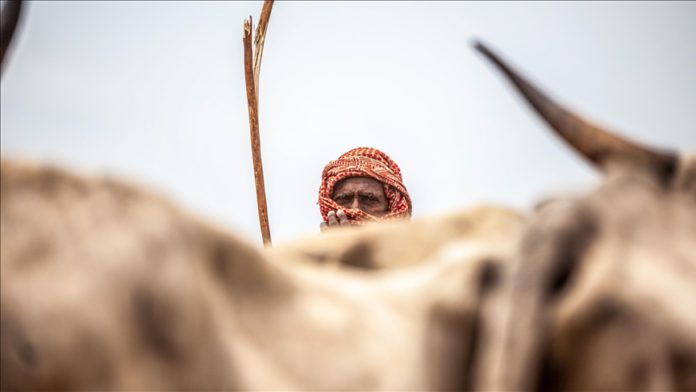 Thousands of Maasai cattle herders in northern Tanzania protested Tuesday against a government plan to evict them from their ancestral land in a bid to pave the way for trophy hunting and eco-tourism investments.

On Saturday, authorities started to demarcate a disputed 1,500-square-kilometer (579-square-mile) wildlife corridor in the Loliondo district of the Arusha region, resuming previous plans to create a protected area and relocate thousands of Maasai herdsmen.

“We were evicted from Serengeti National Park in 1959. Today, we’re being asked to move from Loliondo. We won’t leave,” Raphael Long’oi, a traditional Maasai leader, told Anadolu Agency.

According to him, the disputed area is legitimate village land.

“This is our land. We were born here, and we will die here. We’re going to protect this land at any cost,” said Nuru Kitupili, a resident of Loliondo.

In 2018, the government aborted its plan to evict the Maasai herders from the disputed wildlife corridor due to international pressure.

As part of the revived plan, local residents said the government intends to give exclusive hunting rights in the disputed land to investors.

John Mongela, the regional commissioner for Arusha, said the government is seeking wider national interests in the project.

“Some people claim that we want to evict them (Maasai) from their land. I wouldn’t defend individual interests. I’m defending national interests,” he told Anadolu Agency.

In 2016, Prime Minister Kassim Majaliwa formed a fact-finding committee to find a lasting solution to the dispute.

However, the government has not yet worked on the committee’s recommendations that, according to local villagers, proposed a participatory land-use plan.

The government has repeatedly attempted to evict Maasai pastoralists from the disputed area, setting their thatched huts ablaze while seizing thousands of their livestock.

Mathew Siloma, a ward leader in Loliondo, urged the government to abandon any plans to allocate the village land to investors.

“There has never been a time when this land had been declared protected land without the consent of the people,” he told Anadolu Agency.