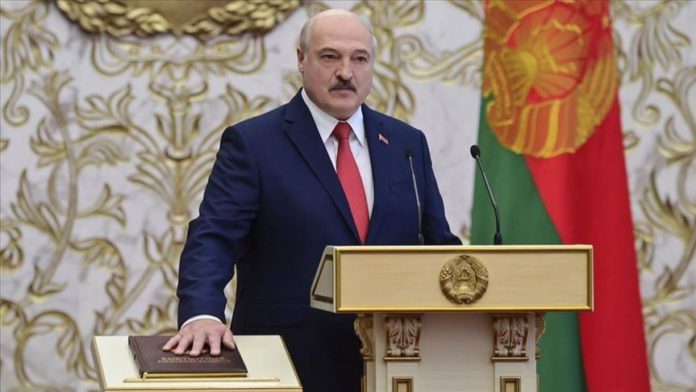 The new mandate claimed by Belarusian leader Alexander Lukashenko lacks democratic legitimacy because it is based on falsified election results, the EU’s foreign policy chief said on Thursday.

In a statement on behalf of the EU, Josep Borrell said the “so-called inauguration” of Lukashenko “directly contradicts the will of large parts of the Belarusian population, as expressed in numerous, unprecedented and peaceful protests since the elections.”

The remarks come a day after Lukashenko was officially sworn in for a seventh term as Belarus’ president despite continued controversy over the results of last month’s elections.

Reiterating that the EU does not recognize the results, Borrell called for a national dialogue and “new inclusive, transparent and credible elections” in line with the will of Belarusian people.

He also praised the courage of protesters “who continue to demonstrate peacefully for democracy and for their fundamental rights despite the brutal repression of the Belarusian authorities” and urged the state to stop the violence.

Lukashenko’s swearing-in ceremony took place at the Independence Palace in the capital Minsk on Wednesday.

After the ceremony, Lukashenko said Belarusians not only re-elected their president, they “defended peaceful life and sovereignty in Belarus.”

Protests have raged across the country since Lukashenko, who first came to power in 1994, was declared the winner of the Aug. 9 polls.

The results were widely contested by the Belarusian opposition and most of the international community, including the US and several European countries.

The EU has been mulling sanctions against individuals involved in human rights violations and the falsification of election results since the end of August.

EU foreign ministers were supposed to adopt restrictive measures at a meeting in Brussels on Tuesday.

The proposal, however, failed due to the opposition of Greek Cyprus, which linked its support to sanctions against Turkey over the Eastern Mediterranean conflict.