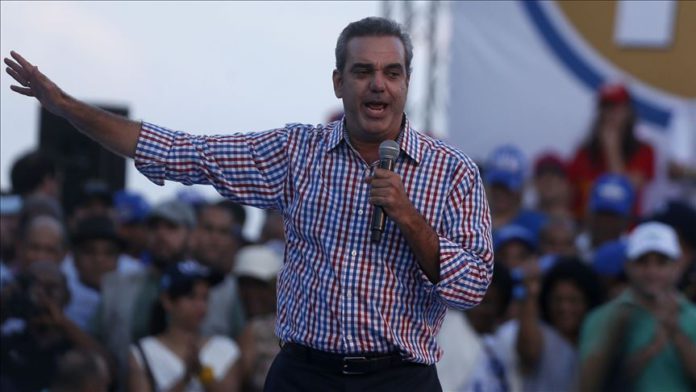 In front of his supporters, 52-year-old Luis Abinader celebrated his victory in the presidential election held on Sunday in the Dominican Republic.

Abinader, of the Modern Revolutionary Party, has gathered 52.51% of ballots compared to 36.07% for his main opponent Gonzalo Castillo, of the Dominican Liberation Party with almost 83% of votes counted on Monday.

Wearing masks and standing two meters (6.5 feet) apart from each other, voters in the Dominican Republic went to vote for their next president on Sunday amidst a surge of COVID-19 cases in the country.

The ruling Dominican Liberation Party lost power after 16 years in the aftermath of an atypical campaign with no crowded events and caravans. In fact, Abinader had to suspend campaign appearances after testing positive for the coronavirus last month.

For the first time since the coronavirus pandemic erupted, a Latin American country went to the polls to elect a president, with the scale tipping in favor of a tourism industry leader with no prior experience in government.

“The projections point to our victory being officially irreversible,” Abinader said at his campaign headquarters in front of a crowd, before being declared president by the Central Electoral Board on Sunday.

The elections, which had been postponed from May 17 because of the pandemic, were held a day after the number of new cases soared by more than 1,000 in a single-day record in a country with 37,425 confirmed cases and 794 deaths from the disease.

Voters also cast ballots for 32 senators and 190 members of the lower house of congress.