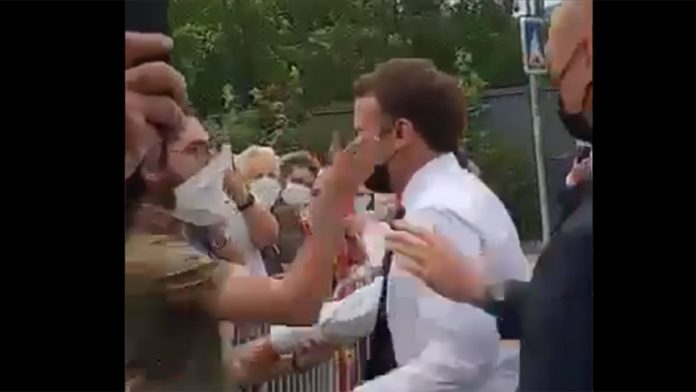 As France gets back to normalcy with the deconfinement and improved health situation, it is set to hold its first major democratic exercise when regional elections are held Sunday.

The elections were initially slated for March but were delayed and postponed in June because of the exponential rise in coronavirus cases.

The elections, held every six years, will take place in 18 regional presidencies — 13 in metropolitan France and Corsica, and five in the overseas territories of Guadeloupe, Martinique, Guyana, Mayotte, and Reunion — and will elect 1,800 councilors.

The regionals are taking place a year ahead of presidential elections and are considered a precursor as to who will take control of the Elysee in 2022. Polls have predicted a face-off next year between incumbent President Emmanuel Macron and far-right opposition leader Marine Le Pen.

Macron and Le Pen have hit the campaign trail alongside other leaders from the Socialist, centrist, far-left, and ecological parties.

True to the projection, pundits have indicated Le Pen’s National Rally, an anti-immigrant, pro-French nationalism party, will finally debut in the regionals with a sweeping victory in the Provences-Alpes Cote D’Azur (PACA) region in the south. Located on the French Riviera including popular tourist hotspots of Marseilles, Nice, Cannes, and Provence, the PACA region is home to a large immigrant and north African Muslim population.

This year, however, there is a strong buzz that Le Pen is set to convert the classic “protest vote” against her party into actual victory. The protest vote can be described as a French phenomenon where voters disappointed with the performance of the ruling government use the first round of the voting to cast the ballot against “none of the above” options or in favor of the far-right party, the extreme end of the political spectrum. This usually gets corrected in the second round after voters realize that the far-right party is closer to winning.

In the 2015 regional elections, which took place amidst the shrill of anti-immigrant narratives and the Paris attacks, the National Rally party (then-called the Front National) secured the lead in six regions, including the PACA in the first round but lost in second, ultimately not winning any regional presidencies.

The surge by the National Rally may be dashed by an alliance between Macron’s La Republique En Marche with the conservative Les Republicains in PACA. The party is also in the lead in the Grand Est and Brittany regions.

A poll by the French Institute of Public Opinion (IFOP), a Paris-based international polling and market research firm, published in the daily Lu Journal Dimanche on June 17, three days before voting, said 51% of people believe the National Rally “would not represent a danger for democracy.”

In an interview with the C News on June 1, Le Pen noted that there is more acceptance of the party. “What is important to see is the dynamic which is now being recorded around the RN (National Rally) and which allows us to say that more and more French people agree with our proposals.”

With the lifting of the lockdown and warmer temperatures, the French are expected to turn out in record-low numbers. According to IFOP projections, this year there will be major abstentions like the 2015 regional elections that took place in the wake of a series of terror attacks.

The survey projected around 60% abstention, which means more than 20 million voters are likely to give the elections a miss. As per Frederic Dabi, the director-general of the IFOP, among the reasons for a low turnout are a late start to campaigning and a strong sense of the “logic of vanity” of the vote among the French that the vote for regionals is in vain and useless, he told FranceInfo.

Whether the French will choose to line up to vote or choose to spend the weekend relaxing under the sun, remains to be seen. So far, the campaign for the elections has been surrounded by controversies and theatrics, including Macron getting slapped and flour being hurled at opposition leader Jean-Luc Melanchon.

Hijab-wearing candidate Sara Zemmahi, a young engineer and social worker from Montpellier in the Occitanie region, found herself in controversy after far-right parties criticized her picture with a hijab on a campaign poster.

Jordan Bardella, second in command to Le Pen, tagged the poster with a tweet: “Is this how you fight separatism?” questioning Macron’s LaREM party’s choice. The tweet saw several LaREM politicians condemn the candidate who wears a hijab — a politically explosive topic in France — eventually prompting LaREM to withdraw support for Zemmahi. She is now running as an independent.

While visiting a village in the Drome region as part of his “tour de France of the territories,” Macron was slapped by a young man as the president approached for a handshake. The attack surprised the president but he quickly composed himself and continued to greet members of the public. The attacker, Damien Tarel, 28, a supporter of the fringe royalist movement and far-right ideology, was sentenced to four months in prison.

The leader of far-left opposition party Insoumise, Jean-Luc Melenchon, was struck with flour — a popular French way of protesting — during a demonstration in Paris.

Melenchon refused to file a police complaint against the perpetrators as it would be an attack on a constitutional right of protest, he said. Two people involved were summoned by a Paris court.

The National Rally suspended Juliette Planche from running in the Loire department in the Auvergne Rhone-Alpes region after it came to light that she retweeted anti-Semitic tweets. Planche later deleted her account.