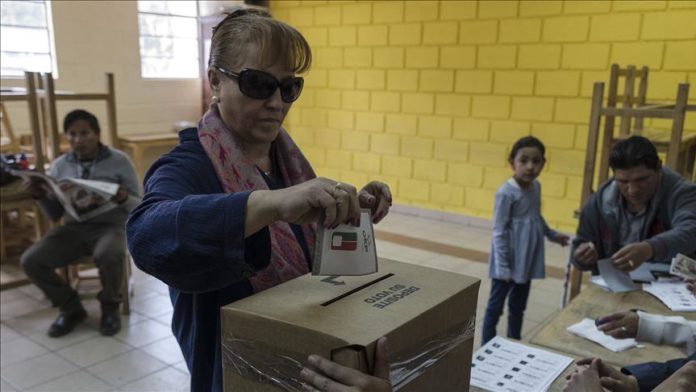 Voting in Bolivia’s long-awaited presidential election has begun amid the COVID-19 pandemic and a tense social and political climate.

The polls, in which more than seven million people are expected to cast their votes, opened at 8 a.m. Sunday.

For the first time in 20 years, the name of Evo Morales will not appear on the voting tickets after a chaotic October 2019 election that led to the resignation and exile of the left-wing president.

Most pre-election polls predict leftist Luis Arce, from the party of former president Morales, will secure a first round victory against ex-right-wing president Carlos Mesa.

Since the failed 2019 election, Bolivia has postponed its presidential vote three times due to coronavirus, leaving right-wing interim president Jeanine Añez in power.

Bolivians have also had to overcome days of roadblocks in August by followers of Morales, an electoral campaign with outbreaks of violence, and warnings of a possible convulsion after the vote.

Meanwhile, people woke up to find military tanks deployed throughout the country within hours of the election.

Nearly 12 hours before the polls were set to open, the Supreme Electoral Tribunal (TSE) announced the suspension of the preliminary voting results system, DIREPRE.

The president of the electoral body, Salvador Romero, said the system was not reliable.

“We want to inform the country that the results of the tests do not allow us to have the security of the complete diffusion of the data that offer certainty to the country. That is why, with technical seriousness and motivated by responsibility, the TSE has decided to remove the DIREPRE from the voting day,” he said.

The preliminary election results will not be known as quickly on the night as it was promised, Romero added.

Morales criticized the timing of the decision.“It is extremely worrying that the TSE decided to suspend the system of Dissemination of Preliminary Results hours before election. We made public observations that were not responded to in a timely manner. This last minute decision raises doubts about the intentions,” he said on Twitter.