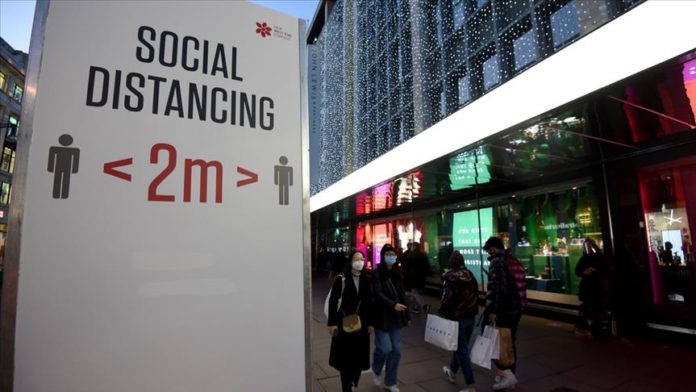 As part of the fight against the novel coronavirus outbreak in London, Tier 3 measures with the strictest restrictions were introduced on Wednesday.

In London, the city with the highest number of cases in the country, all cafes and restaurants were closed, except for hotels, guest houses, bars, and takeaways, as part of the Tier 3 measures.

After the bars were closed, young people continued to have fun on the streets in Soho, the city’s entertainment hub.

There was briefly tension as police warned young people to follow the rules.

Although the streets were largely empty following the warnings, a group of young people continued to have fun in the city’s squares.

In the capital, more than six people will be banned from gathering and socializing in public spaces, while people will not be able to meet indoors and outside of their houses if they are not from the same household.

In the city, where theatres and cinemas have been forced to close their doors once again, football stadiums will be closed again to fans, while indoor gyms will not be able to serve.

Wedding ceremonies limited to 15 people and funerals not exceeding 30 are allowed to be held.

The COVID-19 pandemic has claimed more than 1.63 million lives in 191 countries and regions since it originated in China last December.

Over 73.47 million cases have been reported worldwide, with more than 41.61 million recoveries, according to figures compiled by the US’ Johns Hopkins University.

US Muslim group urges Biden to condemn Israel for demolitions in...