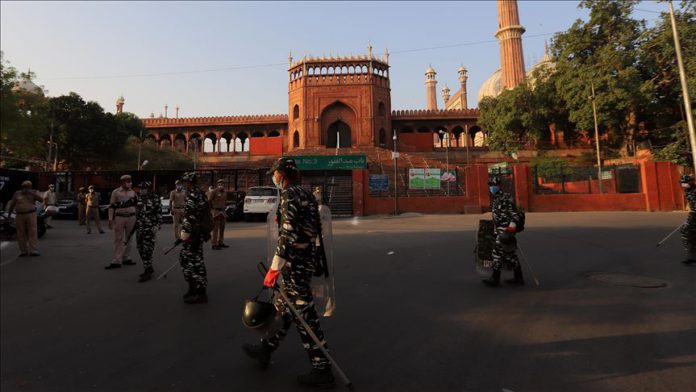 As India’s coronavirus cases hurtle towards the 800,000 mark, the country’s most populous state imposed a three-day lockdown starting Friday.

All offices, markets, and other businesses in Uttar Pradesh will remain closed until Monday, as part of the state government’s strategy to stem the rising number of infections.

Essential goods will be delivered to homes throughout the lockdown period, the state government said.

More than 31,500 cases and 862 fatalities have been recorded so far among the over 200 million inhabitants of the northern Indian state.

India’s nationwide case count increased to 793,802 on Friday, following a record spike of 26,506 over the past 24 hours, according to the Health Ministry.

The country’s Health Ministry on Thursday reiterated that India, despite being third in the world in terms of cases, has not yet reached the community transmission stage.

With regards to the country’s rising fatalities, the ministry said 85% of all victims were over the age of 45 years.

Meanwhile, India’s Central Board of Secondary Education announced a cut in the syllabus for grades 9th to 12th.

It said the course load will be reduced by 30% to ease students’ burden during the pandemic.

Across the world, COVID-19 has claimed nearly 555,000 lives in 188 countries and regions since emerging in China last December.

Over 12.27 million cases have been reported worldwide, with the US, Brazil, India, and Russia currently the worst-hit countries, according to figures compiled by the US’ Johns Hopkins University.

The data shows more than half of all patients worldwide – over 6.74 million – have recovered so far.