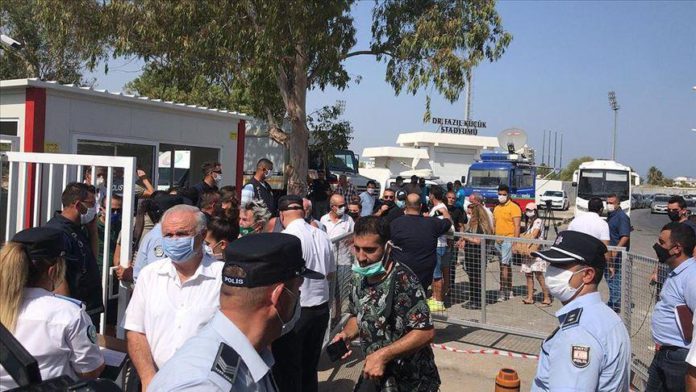 The people of the Turkish Republic of Northern Cyprus (TRNC) have welcomed the partial reopening of the abandoned town of Maras for public use after 46 years of closure.

As of Thursday, visitors were allowed on a public street called Demokrasi along the town’s coastline located within the borders of the TRNC and has been closed since Turkey’s 1974 peace operation on the island in response to a coup aiming at Cyprus’s annexation by Greece.

Hasan Akderya, one of the citizens who witnessed Maras’s historic reopening, told Anadolu Agency that the event was a miracle.

“It was closed the day I was born 46 years ago. Right now, we’re in it. I don’t know how to explain my feelings,” Akderya said.

“We’re very pleased with the opening of Maras after 46 years, we have difficulty expressing our feelings and emotions. We visited [Maras] with our families today. Witnessing such a beautiful event after 46 years makes us happy,” said Yunus Atas, who was also strolling along the opened street.

Citing criticism that the decision to reopen Maras was wrong and unlawful Atas said: “The opening of Maras is a completely legal decision. Closed Maras is a very important place for us.”

“We would like to especially thank President Recep Tayyip Erdogan, Prime Minister Ersin Tatar and everyone who contributed [to the decision],” he added.

The TRNC had announced the opening of Maras to tourists in 2019.