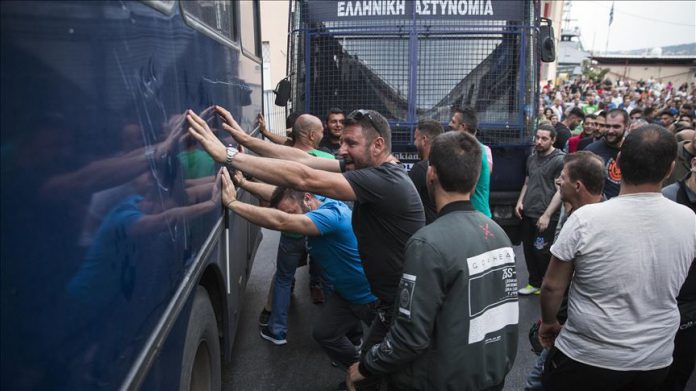 Ten protesters and 43 police officers were injured on Wednesday during a second day of protests on the Greek island of Lesvos against the construction of closed refugee facilities.

Police used tear gas to prevent residents from approaching the site of the new migrant facilities as protesters pelted security forces with stones.

A similar event took place on the island of Chios, where locals rushed into a hotel where police officers were staying. One person was arrested and eleven more brought in for identification at the local police station.

Police have voiced concerns that the protestors may have stolen