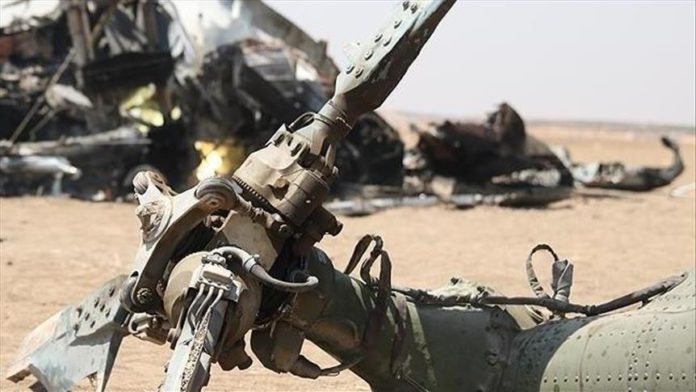 A local militia commander was responsible for the downing of a military helicopter that killed nine security personnel earlier this week, Afghanistan’s Defense Ministry said on Saturday.

A Shia Hazara militia led by a man named Ali Pur shot down the chopper in Behsud district of the central Maidan Wardak province on Wednesday, according to Fawad Aman, a ministry spokesperson.

“The Ministry of National Defense will take revenge of the martyrs from this terrorist at all costs and will punish the perpetrators,” he said on Twitter.

The militant commander earlier confessed to the attack in a social media post, claiming that the Afghan army and foreign forces killed six of his fighters in air raids.

In what was a rare attack in war-ravaged Afghanistan, a laser-guided anti-aircraft rocket was used to target the Afghan Air Force helicopter late on Wednesday, according to local broadcaster Tolo News.

All nine people aboard – five special forces personnel and four pilots – were killed in the attack, which shocked the nation and drew vows of retribution from top officials, including President Ashraf Ghani.

Ali Pur, the self-proclaimed leader of the militia, was released by the government in 2018.

He was freed after mediation by Sarwar Danish, the country’s second vice president who hails from the Hazara community, on the condition that he would desist from violence.

Earlier this week, authorities in central Bamyan province, which neighbors Maidan Wardak, accused Ali Pur of entering into an alliance with the Taliban.

The Taliban, busy in peace talks with the Afghan government, have not responded to the allegation.