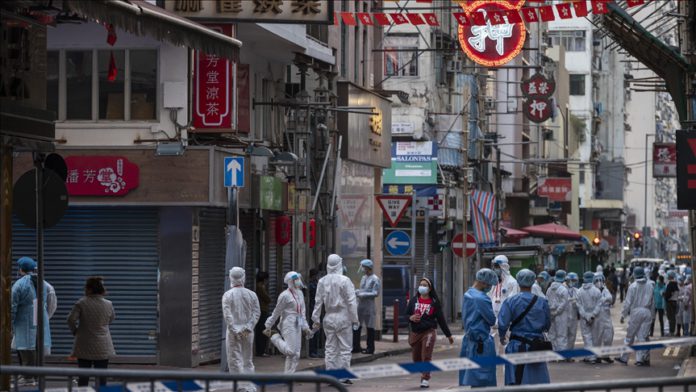 Despite a strict lockdown and mass testing drive, the Chinese border town of Ruili is seeing an increasing number of locally transmitted COVID-19 infections, data released on Wednesday showed.

According to the National Health Commission, 15 new cases of local transmission were recorded in the city, which is in China’s Yunan province and lies on the border with Myanmar.

The Delta variant of the virus, which was first detected in India, has also been found in the city, Chinese daily Global Times reported.

Over the past few days, 21 local transmission cases have now been recorded in Ruili, which is the second Chinese city after Guangzhou where the highly transmissible Delta strain has been found.

Throughout China, a total of 57 new infections were reported, with 42 of them being imported cases, according to latest figures.

At least 25 of the new imported cases were in Hubei province, the commission said.

Hubei’s capital Wuhan, believed by many to be the place where the global outbreak originated, has seen 56 infections over the past few days, all of them being imported cases, including 52 from Afghanistan.