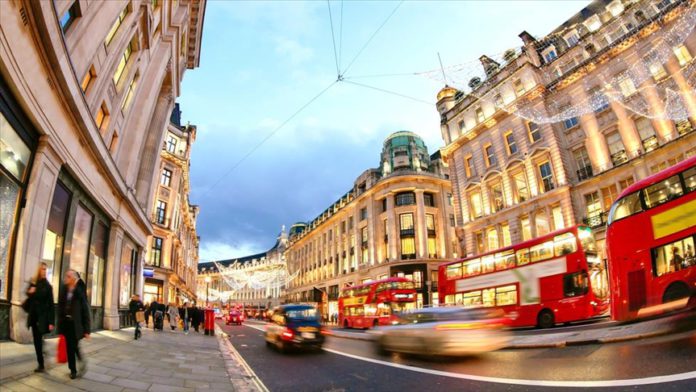 “Well, at 20 minutes to 5, we can now say the decision taken in 1975 by this country to join the [European] Common Market has been reversed by this referendum to leave the EU … British people have spoken and the answer is: We are out!” said an excerpt from the historic announcement on BBC at the dawn of June 24, 2016, as the vote count was coming to an end after millions cast their ballots.

Few, including then-Prime Minister and Conservative Party leader David Cameron who promised the vote, expected this result, setting Britain on course to divorce from the EU after more than 40 years of membership.

Cameron refused the “hard” job of leading withdrawal talks with the EU, resigning after the surprise result. His legacy, however, was to continue to be in the making until the UK officially left the bloc on Jan. 31, 2020, after multiple unsuccessful attempts to get a deal through the House of Commons by his successor, Theresa May.

May was removed from her post and her Foreign Secretary Boris Johnson, one of the main proponents of the Leave campaign, would be the one to get the job done less than a year after being appointed to replace her in 2019 amid a looming deadline for a “soft” Brexit — one with a trade deal between the two parties for a more gradual transition.

Since then, Johnson’s government has been signing trade deals with many countries outside the bloc, which continued, nonetheless, to be the country’s main trading partner and making up more than half of its imports and exports.

The customs border between the UK and Northern Ireland is still a matter to be resolved without inflicting any wounds on the 1998 Belfast (Good Friday) Agreement, which brought the region peace after decades-long sectarian violence.

Now, fewer EU citizens are living in the UK, and reports that business owners are not able to find trained employers are piling up.

Bulent, the owner of three hairdressers, complains that it has become increasingly difficult to find people to work as many Europeans left.

“Brexit has been terrible,” he tells Anadolu Agency in his shop in Highbury, London.

“Because of Brexit, business has gone from up there to down here,” he says with a hand motion showing the decline.

Gokhan, a cafe owner in the same area, says he has been unable to follow suit with rising prices due to Brexit.

Echoing the hairdresser, he also lamented the hardship of finding trained employees.

“Since Brits voted for Brexit, there is plenty of uncertainty in businesses,” he claimed.

Numerous other restaurants, cafes, and other recreation sector workplaces have reportedly voiced similar concerns of scarce qualified personnel, with prospects only expected to decline further in a post-coronavirus world.

According to statistics from the Migration Observatory of the University of Oxford, EU immigration “rose sharply in the years leading up to the EU referendum in June 2016, but has declined since 2016.”

Long-term arrivals of EU citizens planning to spend at least 12 months in the UK fell by 34% over the same period, reaching 198,000 in 2019, according to the observatory data.

Rights activists turn to social media amid 'restrictions' in Bangladesh