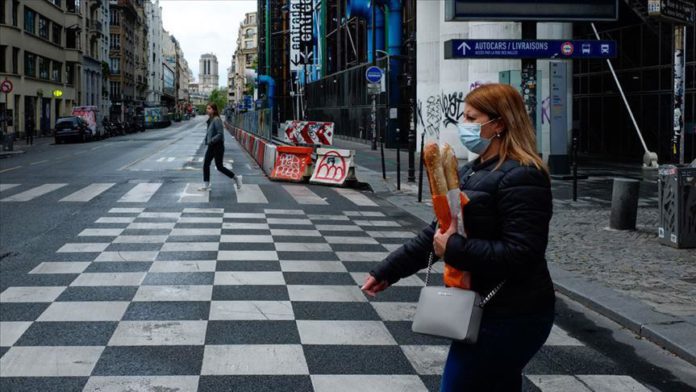 Civic-minded activists have often bemoaned society’s widespread distrust in political institutions, in leaders, and in processes. As it turns out, that trend might end up getting only worse.

According to a significant new study, the coronavirus crisis is likely to erode young people’s trust in political institutions and leaders for decades to come.

In the study, published by the Systemic Risk Centre at the London School of Economics and Political Science, researchers looked at past health crises similar to the current one, trying to figure out how poor public health policy could sow deeper distrust in government among young people.

“We started by thinking about how we can actually learn from the past lessons, going back to past epidemics that have happened since the 1970s,” explained Orkun Saka, assistant professor at the University of Sussex and visiting fellow at the London School of Economics, and one of the paper’s co-authors.

The study draws on one of the largest data sets (2006-2018 Gallup World Polls) available on confidence in political institutions, with some 750,000 respondents from 142 countries, said Saka.

“We checked whether or not every individual in our data set had exposure to a past crisis that may have happened since the 1970s,” he said, adding that they also categorized people in terms of their extent of exposure to a past epidemic.

What the study shows, he added, is that when people are exposed to an epidemic in their impressionable years, they seem to have much less trust in political institutions.

“Here we are referring to the approval of national leaders, the confidence in the national government, and in the honesty of the national elections,” he stressed.

According to Saka, the pandemics make people not only blame the government or the leader, but lose their very faith in the political system.

Saka also explained that an exposure to epidemics in impressionable years, a time window usually defined in psychology as the ages from 18 to 25, permanently shapes political opinion.

He said individuals who experience epidemics in their impressionable years show less confidence in political leaders, governments, and elections.

And, moreover, he said, this negative effect is large and persistent.

Economist Cevat Giray Aksoy of King’s College London, another author of the paper, unpacked some consequences of this finding, saying this is especially important in terms of the future of democracies.

“When looked at by the negative effects for democracies and non-democracies, and also by income levels, we actually see that the effects are prevalent in all different groups,” he explained.

“But the magnitude of the effect is stronger for democratic governments.”

This indicates that due to epidemics, individuals in democracies show a sharp erosion in their trust of political institutions.

He added that governments’ ability to respond to crises through new policies actually determined individual satisfaction in political institutions.

If there is a poor public policy response, this is followed by a deeper distrust in governments, he warned.

He said this may be because of how democratic regimes are open, meaning that different, conflicting official views can be spread through media channels, leading to a larger blow to confidence.

COVID-19 impact could be larger

Aksoy also pointed to another important finding of the research, saying the negative effects it shows are probably at the lower end of the range, since the world has not seen an outbreak as bad as coronavirus in at least a century.

“So we think maybe the political legacy of this public enemy could actually be even larger,” he said.

Echoing Aksoy, Saka said they are probably underestimating the virus’ impact on youth.

For the next 20 years, these people are likely to differ in terms of how they see their political system, he said.

These persistent negative impacts, he added, are going to stay with the emerging generation for a long time to come, even after the rest of the world may have forgotten the pandemic.

On the other hand, Aksoy also pointed out that these effects vary sharply when broken down by different demographic groups.

Women also show larger drops in confidence than men, according to the study.

The study concludes with the opinion of trust and confidence in governments are important for the capacity of a society to organize an effective collective response to an epidemic.

What is more, the negative impact of the virus on individuals, who are in their impressionable late-adolescent and early-adult years when an epidemic breaks out, is large and persistent.