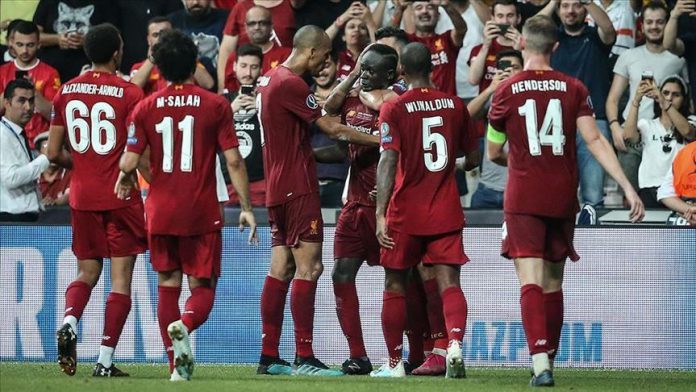 Liverpool on Saturday beat AFC Bournemouth 2-1 at home to come within three more wins of the English Premier League title.

The Reds are now at to the top, twenty-five points clear of second-placed Manchester City for its first league title in 30 years.

In the Premier League, Manchester City will now face Manchester United in an away game on Sunday.

Bournemouth scored the opening goal in the ninth minute with Callum Wilson while Liverpool responded with Mohamed Salah in the 25th minute and Sadio Mane in the 33rd minute.

Liverpool’s this latest victory came after they lost three